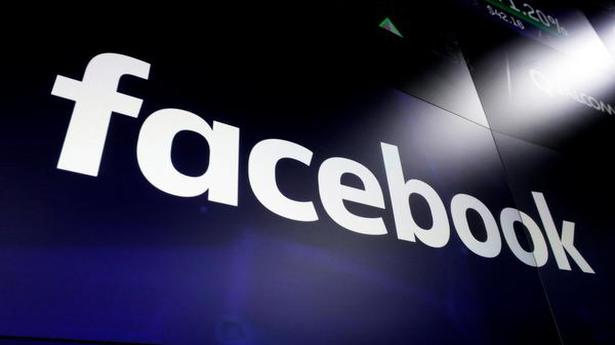 “… the connectivity that can bring people together in many positive ways also has been used to dehumanise and stoke violence against Muslims, Black people, Latinos, immigrants, the Jewish community, Sikhs, Christians, women, and other communities here and across the world,” the senators wrote.

In the letter written by Senator Chris Coons, who is being considered as a potential Secretary of State in the next Biden administration, the senators called on Facebook to fully address the problem of anti-Muslim bigotry on its platform, which has enabled offline violence against Muslims in the United States and elsewhere around the world.

“Facebook is a groundbreaking company that has revolutionised the way we communicate. Unfortunately, the connectivity that can bring people together in many positive ways also has been used to dehumanise and stoke violence against Muslims, Black people, Latinos, immigrants, the Jewish community, Sikhs, Christians, women, and other communities here and across the world,” the senators wrote.

“Reports indicate that the platform has also been used to support the internment of the Uyghurs in China and other human rights violations against this population, that Facebook and WhatsApp have been used to incite violence against Muslims in India, and that Facebook has been used to promote hate and violence in other areas around the world,” the senators wrote in the letter.

Advocacy groups similarly detailed the extent and persistence of anti-Muslim hate content on Facebook India in multiple reports last year, concerns that have been amplified by recent allegations that some high-ranking employees at Facebook India have enabled hate speech against Muslims and others by applying the platform’s content moderation policies in a selective manner, wrote the Senators.

In June 2019, Facebook responded to concerns by creating a “call to arms” policy that prohibits event pages that call for individuals to bring weapons to a location.

However, the senators note that Facebook has not taken adequate steps to enforce this policy, which should have barred an event page in Kenosha, Wisconsin, earlier this year, as well as a 2019 events page used to plan an armed protest at the largest Muslim community convention in the country.

“We recognise that Facebook has announced efforts to address its role in the distribution of anti-Muslim content in some of these areas. Nevertheless, it is not clear that the company is meaningfully better positioned to prevent further human rights abuses and violence against Muslim minorities today,” they said.

Urging Facebook to do more, they said that an independent civil rights audit of Facebook from July 2020 highlighted disturbing examples of anti-Muslim abuse on the platform ranging “[f]rom the organisation of events designed to intimidate members of the Muslim community at gathering places, to the prevalence of content demonizing Islam and Muslims, and the use of Facebook Live during the Christchurch massacre…”

These concerns have also prompted current Facebook employees to write a letter demanding action on anti-Muslim bigotry and calling for broader structural changes, they said.

Several groups have supported the letter.

Every year, January 24 is marked as the foundation day of U.P. Prime Minister Narendra Modi on January 24 greeted the people of Uttar...
Read more
Technology

How to Browse Airtel Recharge Packs by Pack Type

How to browse Airtel recharge packs? Airtel offers a range of recharge packs to its prepaid subscribers to let them choose any of the...
Read more
National

The Central government has undertaken many initiatives that focus on empowering the girl child including access to education, better healthcare and improving gender...
Read more
National

Law Minister Ravi Shankar Prasad will begin the programme by handing out e-EPICs to five new voters. Electors will be able to download electronic...
Read more

The U.S. Census Bureau is suspending efforts to create neighbourhood-level statistics on the citizenship and age of residents, using 2020 census data, in...
Read more

Supporters of the law say they expect lawsuits from anti-abortion groups in Argentina’s conservative provinces and some private health clinics might refuse to carry...
Read more

‘We will go after the aggressors’: Macron says France will tighten legislation on incest

The French President’s comments came after the publication of a book accusing a top French political commentator of abusing his stepson sparked outrage across...
Read more