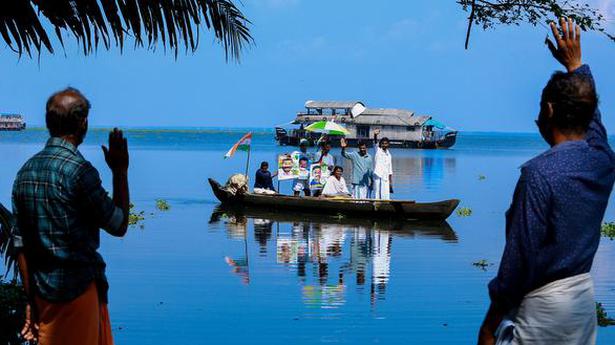 As many as 34,710 polling stations are being set up across the State for the elections to local bodies spread over three phases.

The State Election Commission (SEC) is also preparing 29,322 electronic voting machines (EVMs) for the three-tier panchayats and 5,388 EVMs for Corporations and municipalities. Another 12% of EVMs will be kept as reserve for panchayats and 30% for urban local bodies.

Manufactured by the Electronic Corporation of India Limited (ECIL), the multi post EVMs feature three ballot units and one control unit. The SEC has a stock of 37,551 multi post EVMs.

Urban local bodies will use single post EVMs for polling. The Central Election Commission (CEC) has despatched 11,000 such machines for use in the elections in Kerala.

Block panchayat secretaries will be in charge of the distribution of EVMs in panchayats while Electoral Registration Officers will play the role in urban local bodies.

The first-level checking of EVMs has been completed by engineers from ECIL, the SEC said in a pressnote issued here. The ballot labels would be affixed to the machines four days before polling. The EVMs are currently stored in the district level warehouses of the SEC.

Use of loudspeakers in campaign vehicles will require prior permission from the police and should be within permissible decibel level. Speakers will not be allowed between 9 p.m. and 6 a.m.