Aamir Ali on Naxalbari: Had to convince people that I can do a negative role 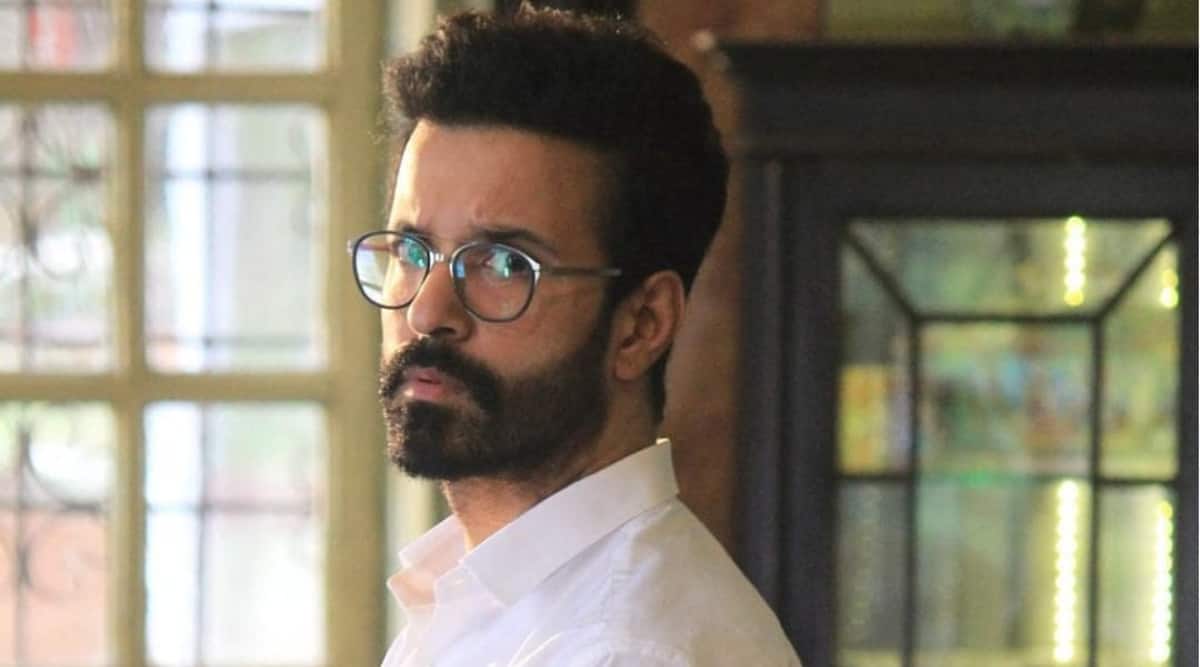 After making his mark as the “good boy” on the small screen, Aamir Ali is set to break the image. The actor will be seen playing a grey part in ZEE5’s Naxalbari. The nine-episode crime thriller also stars Rajeev Khandelwal, Satyadeep Mishra, Tina Dutta, Shakti Anand, Sreejita De among more. The series is a fictional account of the protagonist’s fight against a red uprising. It will also subtly underline the socio-political involvement that causes the upsetting of the Naxalites.

The project is special for the team as it was shot during the coronavirus pandemic in Goa. In an exclusive chat with indianexpress.com, Ali shared that he will never forget the experience of working on Naxalbari. Excited about presenting a new side of himself, he also shared that his character will be the “game changer” and surprise the audience with his actions.

Excerpts from the conversation…

Tell us something about your part in Naxalbari.

I play Amber Keswani, who is a businessman at a top level. For him, there is no right or wrong, as he will do things he has to, in his own way. He is a crocked man, and will keep everyone guessing what he is up to till the very end.

You have always played romantic or positive roles. Were you surprised when this grey part came your way?

Honestly, it did not come my way, I had to really work towards it. I have been trying to do something like this for a long time. And now that I was set to make my OTT debut, I wanted to be able to surprise my audience, and even myself. We have all being hooked to web shows, and there are so many different characters out there to play. I was being offered the same kinds, and I had to literally convince people that I could do a negative role, and they should offer me something different. I was supposed to do another show in March but that got shelved because of coronavirus. ZEE5 then offered me this, and when they said we were to shoot in Goa, I just jumped at the offer.

Given you guys shot during the pandemic, how was the experience of shooting in a controlled environment?

We have never done anything like this ever, so it was very different. You do few projects that you can never forget, and Naxalbari is definitely one of them. It is my first digital show and the way and time it has been shot, it’s really special. There were so many restrictions and protocols to be followed throughout. I was in Goa for 80 days, and for the first 60 odd days, I didn’t even shoot. Things were delaying but I did not want to leave and come back. Thankfully, everything eventually worked out and now I am super excited for the world to see our work.

You have majorly played lead roles in all your shows. Was there any kind of apprehension to do a multi-starrer project like this?

After watching so much of content, I have learnt and realised that characters are the most important thing. A viewer can fall in love with a particular part, even if it’s small but well written. Honestly, I would have never done this role on television. There would have been too many justification to prove him right. However, this one is very real. Even if he is asking his men to finish someone off, he won’t sugar coat it. That’s the beauty of the medium, where in every regard, the script is the king. I wanted to have that shock element with my digital debut, and I really worked hard for it. No one expected me to do something like this. I worked on my look, did acting workshops and prepared myself well, so that I can prove my versatility to everyone.

Was being offered similar parts also the reason why you stayed away from television for a while?

Actually I was recovering from a shoulder injury, and the pre and post surgery took a lot of time. I had initially planned to take a break for six months, however, that soon became more than a year. However, I didn’t mind as I have been working for so long. I did Navrangi Re in that period, and in just four-five months, I was exhausted. Then the digital boom happened, and there were so many good roles out there. I was just waiting for something amazing, where I could evolve as an actor.

While television and even films have black and white characters, the web space deals more with gray ones. Do you think the relatability factor works for the medium?

Honestly, I hadn’t given a thought on this before I took up Naxalbari. There are so many shows where the audience actually enjoys the grayness. I was watching Lucifer the other day, and he is not a good guy. He is funny but also crude and vulgar. But you can’t help falling in love with him because he is so real. I think it’s all about how it’s written and then portrayed on screen.

The digital medium has recently been put under the I&B Ministry. Do you think that would affect the kind of content being helmed on the web?

I don’t think it should have been done. I understand that television is watched by families together, so it needs to have a certain censorship. Even films were curbed as sometimes families go to theatres together. I think we had gotten used to all of that. However, one medium should have been left to the choice of the audience. If they feel something is not good, sleazy or too abusive, they will not watch it. The right to choose shouldn’t be taken away. I personally didn’t like it.

We hear you are doing another web show soon. Can you tell us more?

Well, it’s a small part in a big show. Honestly, I just love the character, and that’s why I picked it up. It is an amazing part, and very different from what I am doing in Naxalbari. From a crooked guy, I will be playing a bondhu-innocent person, who believes in everything that anyone tells him. I think that’s the advantage of digital shows where you can switch to different parts quite easily.

Recently, most headlines spoke about your failed marriage. After being around for so long, does it affect you that your personal life makes news rather than work?

It really doesn’t as it’s a part and parcel of my profession. I understand that if they don’t write about me, what will they? However, I have tried to stay away from commenting as much as possible. I think anyone can write or say things about me. I can’t control others but I can control myself. And that’s what I have been doing.

Directed by Partho Mitra, Naxalbari will start streaming on ZEE5 from November 28.

The Government of National Unity also urged the council to help get mercenaries out of the oil-rich country, as...
Read more
National

The song may be nearly four decades old, but its nuanced use in recent films has given it a new resonance among the oppressed...
Read more
National

Some architectural masterpieces created by the rulers of the Eastern Ganga dynasty in the then capital of Kalinga kingdom, Sri Mukhalingam (in Srikakulam district),...
Read more
National

Three persons succumbed to COVID-19 in SPSR Nellore district even as 1,212 persons tested positive in South Coastal Andhra Pradesh in a span of...
Read more

Sushmita Sen was honoured with a National Award for her contribution to social welfare and women empowerment. The actor celebrated her win with boyfriend...
Read more

Out of the several things that’s in store in the upcoming season five of Money Heist is the introduction of two new characters. So...
Read more

Mira Rajput is a ‘proud mama’ as daughter Misha turns her photographer: ‘She’s getting good with camera’

Actor Shahid Kapoor’s wife Mira Rajput treated her fans to a beautiful picture of herself on Saturday. She revealed that the photo has been...
Read more
Bharat News