Aashram Chapter 2 – The Dark Side review: More of the same 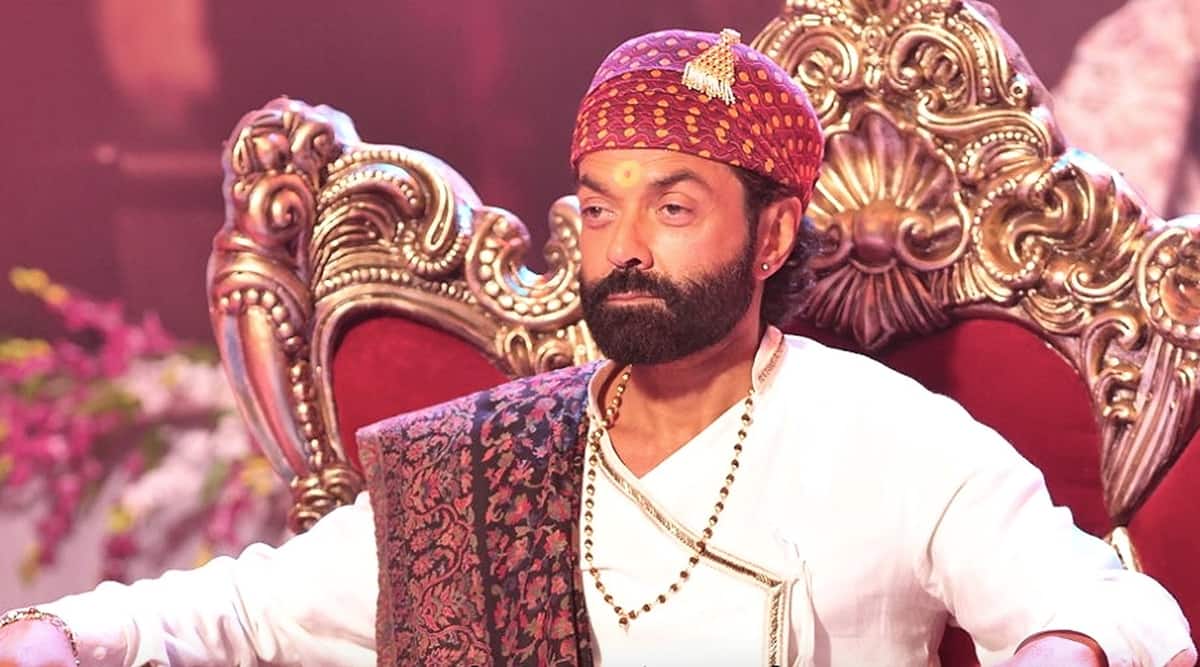 Aashram Chapter 2 – The Dark Side is available on MX Player.

Baba Nirala is back. And that’s a really rapid comeback: at the end of season one of Aashram in August, we’d run the gamut of the murky goings-on in the Baba’s (Bobby Deol) fortress-like ashram, a place of piousness on the surface, but a den of roiling vice underneath.

Two months later, we are in season two, picking up from where we’d left off. Now that the gloves are off, Baba Nirala doesn’t need to pretend that he is a good guy. Except when he is in his durbar, where hordes of daily visitors come for his blessings, he is busy with what he does best: preying upon unsuspecting young women, and playing politics with the ‘netas’ who come begging for his help.

In this new season, the ashram-as-the-bed-of-vice starts getting unpeeled rapidly. In one corner, ‘prasad-ke-laddoos,’ laced with addictive substance, are being manufactured apace: drugs is as lucrative a business as politics. Intrepid cops Ujagar (Darshan Singh) and Sadhu (Vikram Kochhar) are penetrating the layers, in disguise. In the dungeons deep below the ashram’s buildings, broken young women are being kept captive. Our feisty young Pammi (Aaditi Pohankar) is working hard to become wrestling champion, fighting off rivalries in the akhada. Her brother Satti (Tushar Pandey) has been packed off, and his sultry wife Babita (Tridha Choudhary) been suborned, both at the Baba’s bidding. It’s only when the Baba turns his licentious eye on Pammi that the veils of adoration start lifting: is this the reality of the holy man she worships?

Good looking doctor Natasha (Anupriya Goenka) is still floating around, forging a link between the two cops and the equally intrepid videographer Akki (Rajeev Siddhartha), as they go about getting something, anything implicatory on the Baba. Meanwhile the Baba, his faithful right-hand man (Chandan Roy Sanyal), and his goons merrily continue doing bad things to good people.

Now that the novelty of the first season has worn off (it was already wearing thin by the end), the only way to keep us engaged is to introduce new elements, and characters. But not much has been done on this crucial score, so Aashram 2 comes off as more-of-the-same. How many times can you insert rinse-and-repeat sequences of tremulous women being deflowered in the Baba’s lurid bedroom? I’m not saying all is dull: Prakash Jha is too skilled at creating squelchy hinterland characters (one of them, a cross-dressing warden of the women’s hostel, stays a stand-out); but at nine near-hour-long episodes, there are too many repetitive loops.

Also, Jha has inexplicably dropped any mention of caste-and-class in this second season. The reason behind Pammi’s blind devotion to the Baba is that he is seen as a savior of the downtrodden, of people like her. It was a strong hook: what makes ordinary people so insistent when it comes to not seeing the real face of ‘pakhandi’ ‘holy men’? Now that Pammi knows of the Baba’s ‘ghinauni asliyat,’ will there a revolution? That might bring social realism back in the reckoning, and give us a viewing fillip.

When we get the third season, and we will, we will, Bobby Deol could perhaps consider getting a little less one-note. He is always kitted out in sweeping outfits and smarm, and this time around shares his stage with rockstar Tinka Singh (Adhyayan Suman) in his desire to corral the ‘youth’. Like last time, he is clearly having a good time: a little more variation in his coming off sinister would help. As his partner-in-crime, Sanyal, showing off a streak of casual cruelty, is far more effective.

What’s nice is that web series are giving actors like Deol Jr a new lease of life: I have hopes that Deol will drop the smirk, and pick up a snarl, when we meet him next.

Aashram Chapter 2 – The Dark Side is streaming on MX Player.

The shortage has particularly hit the automakers and is now spreading to other industries. With every company that...
Read more
National

In trying to understand Irrfan Khan’s roots and how he took up acting, we spoke to one of his first mentors, Ravi Chaturvedi, whose...
Read more
National

JSW Steel gears up to supply 1,000 tonnes of medical oxygen...

Responding to the recent surge in demand for Liquid Medical Oxygen (LMO), JSW Steel has ramped up operations and will commence supply of 1,000...
Read more
Technology

Samsung Galaxy A52 is receiving an update that brings camera features from the Galaxy S21 series. Alongside, the update also comes bundled with April...
Read more

Responding to the recent surge in demand for Liquid Medical Oxygen (LMO), JSW Steel has ramped up operations and will commence supply of 1,000...
Read more

The Board said it found that Facebook’s original decision to remove the post was not consistent with the company’s Community Standards or its human...
Read more

“You are not even aware of the stage of probe. How can a Article 32 petition be entertained here?” Justice Lalit asked advocate Siddharth...
Read more
Bharat News