After 8 years, Madurai transwoman gets a share of mother’s property 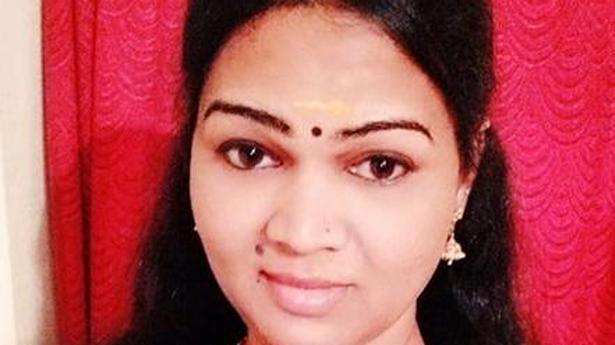 After a struggle of nearly eight years, G. Oorvasi, a transwoman from Usilampatti in Madurai district, will finally get a share of her mother’s property.

Ms. Oorvasi, 35, who has completed a training programme in organic farming, intends to cultivate the 1.5 acres of land that she will soon be inheriting.

Recently, the Usilampatti Revenue Divisional Officer (RDO) K.V. Rajkumar called for an inquiry into the issue. He invoked Section 3(G) of the Transgender Persons (Protection of Rights) Act, 2019, which says that a transgender person cannot be discriminated with regard to the right to reside, purchase, rent or otherwise occupy any property.

A trans rights activist, Ms. Oorvasi lost her mother at a young age and was sent out of her home by her father and brother. She was also denied a share of her mother’s property. After leaving her home when she was a teenager, she engaged herself in various projects.

She said she had approached various authorities with regard to the property and though there were several rounds of talks with her family members, there was no breakthrough. Tired of the stalemate, she approached Gopi Shankar, the Southern Region Representative of the National Council for Transgender Persons (NCTP).

Mr. Shankar said Ms. Oorvasi had approached the NCTP for a grievance redressal during the first week of September. Her complaint was forwarded to the Madurai District Collector, who in turn directed the RDO to look into the issue. During the inquiry, it was ascertained that she was entitled to her share of the property.

“Once I get the land I will cultivate it and put to practise the organic farming methods that I have learnt,” Ms. Oorvasi said. She said not many transwomen were aware of their rights and she hoped that her case would be an eye-opener.

Mr. Shankar said there was a need to create awareness in this regard. “This was the first time the provisions under the Act were invoked and the efforts of the RDO needs to be appreciated,” he added.

Another cyclone alert for Tamil Nadu, Kerala: Forecast of heavy to...

The India Meteorological Department (IMD) has sounded another cyclone alert for Tamil Nadu, which was slammed by Cyclone Nivar last week, and Kerala. The...
Read more
Technology

Amazon Wow Salary Days Kicks Off With Up to 30 Percent...

The India Meteorological Department (IMD) has sounded another cyclone alert for Tamil Nadu, which was slammed by Cyclone Nivar last week, and Kerala. The...
Read more

The AAP believes any interference or commentary from elected heads of other countries on India’s internal matters is unsolicited and unwelcome, party spokesperson Raghav...
Read more