Delhi govt will bear cost of education and upbringing of children orphaned by pandemic: Kejriwal 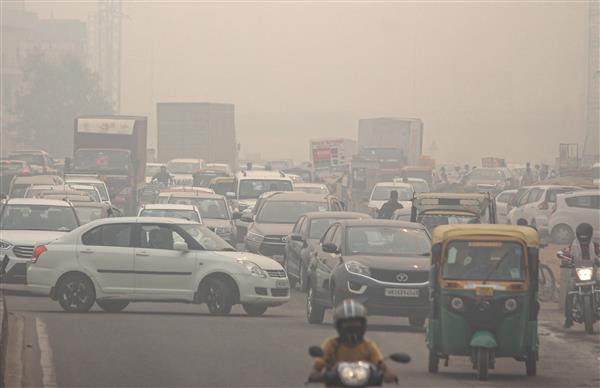 The air quality stayed in “very poor” category in Noida, Greater Noida, Ghaziabad and Faridabad, and “poor” in Gurugram in the National Capital Region (NCR) on Thursday, according to a government agency.

Although the concentration of major air pollutants PM 2.5 and PM 10 remained high in the five neighbouring cities of Delhi, according to the air quality index (AQI) maintained by the Central Pollution Control Board (CPCB).

Till Tuesday, all five of Delhi’s neighbouring cities had their air quality in the “severe” category for over a week, according to a data.

PM 2.5 and PM 10 were the prominent pollutants in Noida, Greater Noida, Ghaziabad, Faridabad and Gurugram, according to the CPCB.

The AQI for each city is based on the average value of all stations there. Noida, Faridabad, Ghaziabad have four stations each, while Gurugram has three and Greater Noida two, according to the app. PTI

Disney CEO Bob Chapek has announced that the studio’s two upcoming titles — superhero movie Shang-Chi and the Legend of the Ten Rings and...
Read more
National

COVID cases fall to 4,305 along with tests in Telangana

There has been a further reduction in the number of COVID positive cases in Telangana at 4,305 on Friday as against 4,693 the previous...
Read more
National

Coronavirus lockdown | Shops in Tamil Nadu to close by 10...

Govt. tightens lockdown restrictions, e-registration mandatory from May 17 Shops selling provisions, groceries and meat in Tamil Nadu would be allowed to function only from...
Read more
National

Precautionary measures have been intensified in the coastal areas of the district following warnings from the India Meteorological Department that the formation of...
Read more

Delhi govt will bear cost of education and upbringing of children orphaned by pandemic: Kejriwal