Alliance with BJP for Assembly elections to stay, says AIADMK 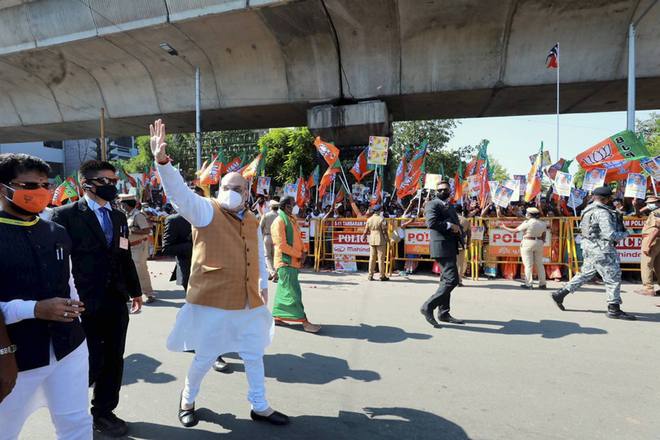 The ruling AIADMK in Tamil Nadu on Saturday said its alliance with the BJP will continue for the 2021 Assembly elections and exuded confidence it will win a hat-trick poll next year.

“I would like to inform through this meeting that in the coming election (2021), the victorious alliance of AIADMK and BJP will continue,” Panneerselvam said.

Palaniswami, who said Prime Minister Modi and Shah were working towards making the country a superpower, asserted that “the alliance formed for the Lok Sabha polls will continue”. “Our alliance will win maximum seats and AIADMK will retain power,” he said.

The AIADMK and BJP aligned for the 2019 Lok Sabha poll, along with others, including PMK, but the combine could win only the lone Theni seat out of the 39 segments in Tamil Nadu, with the ruling party clinching it.

Meanwhile, Shah said the country had rallied behind PM Modi to fight against the Covid-19 pandemic and it was doing better than even developed countries over the handling of the contagion.

Besides, Shah dedicated a Rs 380 crore fifth reservoir to cater to Chennai’s drinking water supply and laid the foundation stone for various infrastructure projects, totalling over Rs 67,000 crore, across the state. The projects for which Shah laid the foundation stone included the Rs 61,843 crore phase II of Chennai Metro Rail, elevated highway in Coimbatore at an estimated cost of Rs 1,620 crore, a barrage across Cauvery in Karur district and IOCL’s projects worth over Rs 3,000 crore here. — PTI

Patting the Tamil Nadu Government over its effective handling of the situation under the Palaniswami-Panneerselvam leadership, Union Home Minister Amit Shah said the state was duly implementing various instructions of the Centre on the matter.