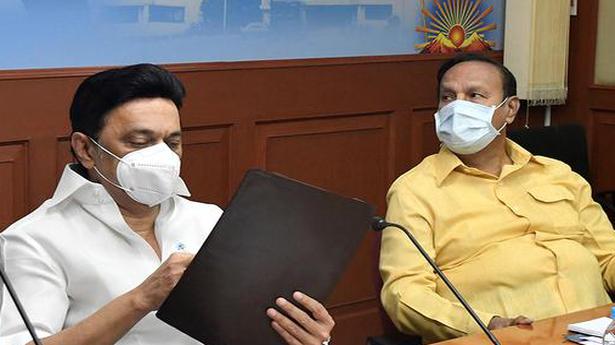 The DMK leadership on Monday warned of dire consequences if the State government sought to disrupt its ongoing ‘Vidiyalai Nokki, Stalinin Kural’ campaign.

“In a democracy, every political party has the right to undertake an election campaign. The DMK will demolish the attempts to prevent it from taking out its campaign, which is being done with the support of people,” said a resolution adopted in the DMK high-level executive meeting chaired by party president M.K. Stalin.

The resolution said the people were angry with the AIADMK government which had “surrendered itself” before the BJP government at the Centre.

“The AIADMK government is afraid of the people’s support to the ‘Vidiyalai Nokki, Stalinin Kural’, a campaign launched by party youth wing secretary Udhayanidhi Stalin last week. That is why they use the police department in violation of democratic norms. We will not watch it as mute spectators,” the resolution said.

The DMK alleged that the ruling party was selective when it came to preventing the campaigns, public meetings and rallies organised by the DMK and had thrown to winds the dictum that all were equal before the law.

“When Union Home Minister Amit Shah visited Chennai, the police turned a blind eye to the scores of AIADMK cadres who thronged the roads in the name of according a reception. The Police Commissioner himself controlled the crowd and the government meeting attended by Mr. Shah was converted into a platform for the election campaign of the BJP-AIADMK combine,” the resolution further alleged.