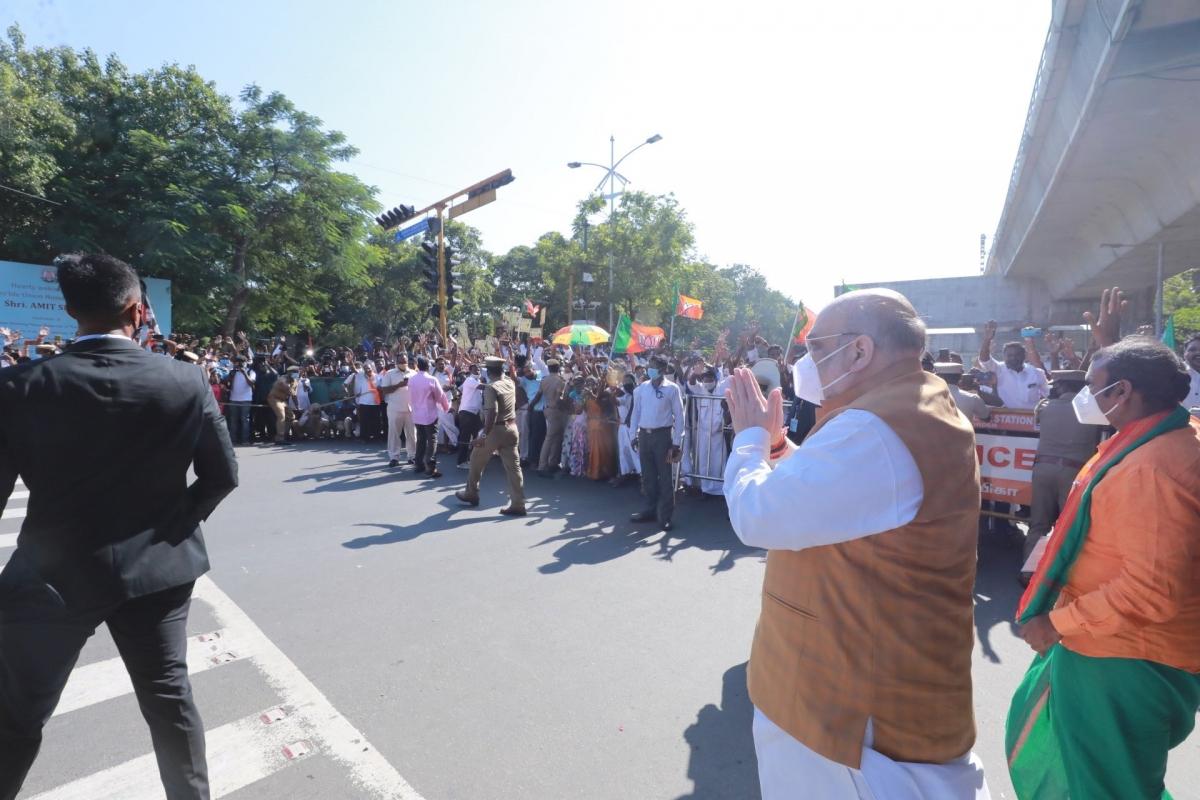 The new reservoir built at an outlay of Rs 380 crore was inaugurated by Shah at a function chaired by Chief Minister K. Palaniswami in Kalaivanar Arangam here. It is the first reservoir built to cater to Chennai’s water needs in the last about 70 years.

Shah also laid the foundation stones for Phase II of Chennai Metro Rail with an outlay of Rs 61,843 crore. The three corridors stretching 173 km is expected to start commercial operations in 2026.

Shah arrived here in the afternoon and was received by Palaniswami, Deputy Chief Minister O. Panneerselvam and other ministers. State BJP leaders were also present at the Chennai airport to receive Shah, who waived at the BJP and AIADMK cadres who lined up outside the airport.

Later, Shah will meet Tamil Nadu BJP office-bearers and cadres to galvanise them ahead of the 2021 Assembly polls. His visit comes close on the heels of NDA’s electoral victory in the Bihar Assembly elections.

Tamil Nadu BJP unit chief L. Murugan had earlier claimed that Shah’s visit will put fear in the minds of the opposition parties.

It is always great to be in Tamil Nadu. Thank you Chennai for this love and support. https://t.co/pxl5EaZ6on

It is always great to be in Tamil Nadu. Thank you Chennai for this love and support. https://t.co/pxl5EaZ6on — Amit Shah (@AmitShah) November 21, 2020