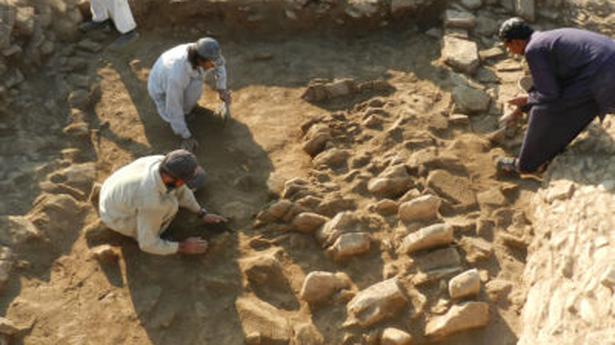 The discovery was made during an excavation at Barikot Ghundai.

A Hindu temple, believed to have been constructed 1,300 years ago, has been discovered by Pakistani and Italian archaeological experts at a mountain in northwest Pakistan’s Swat district. The discovery was made during an excavation at Barikot Ghundai.

Announcing the discovery on November 19, Fazle Khaliq of Khyber Pakhtunkhwa Department of Archaeology said that the temple discovered is of Lord Vishnu. It was built by the Hindus 1,300 years ago during the Hindu Shahi period, he said.

Khaliq said that Swat district is home to a thousand-year-old archaeological sites and the traces of the Hindu Shahi period have been found for the first time in the area.

Dr. Luka, the head of the Italian archaeological mission, said this was the first temple of the Ghandhara civilisation discovered in Swat district.

Swat district is among the top 20 sites in Pakistan which is home to every kind of tourism such as natural beauty, religious tourism, cultural tourism and archaeological sites.

Several places of worship of Buddhism are also situated in Swat district.

The Centre is set to accept the Serum Institute of India’s (SII) request for a ₹30 billion ($400 million)...
Read more
Trending

A daily wage worker of a fish market, Thiruselvam (29) of Anna Nagar here, was allegedly killed another worker and his relative reportedly due...
Read more
World

Activists for imprisoned Russian opposition leader Alexei Navalny on Sunday called for massive protests in the heart of Moscow and St. Petersburg as Mr....
Read more

During NASA's own coverage of the event livestreamed from JPL headquarters, NASA also displayed the first images from the flight. (Subscribe to Science For All,...
Read more

The social network said it will work with several engineers, researchers and data scientists to assess ‘unintentional’ harm in the algorithms (Subscribe to our Today's...
Read more
Bharat News