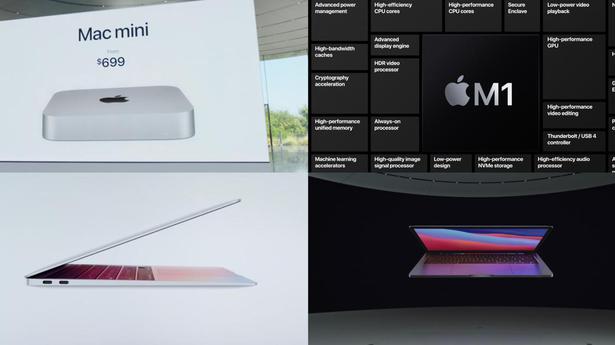 Apple’s ‘One More Thing’ Special Event on November 10, 2020 at 11.30 pm IST is the company’s last keynote of the year, and many are looking forward to knowing more about Apple Silicon as well as all about the new Mac laptops, and, of course, the new macOS Big Sur which was announced at Worldwide Developer Conference (WWDC) 2020.

Those familiar with past keynotes will remember ‘one more thing’ as a commonly mentioned phrase by Tim Cook; so, at the core of this virtual event taking place at Apple Park, California, is Apple Silicon, the company’s own ARM-powered SoC (system on a chip) silicons expected to debut in the new Macs. This potentially marks a huge shift away from Intel chipsets present in existing Macs.

At WWDC 2020, Johny Srouji, Senior Vice President of Hardware Technologies, explained the company had been building and refining Apple Silicon for about a decade, adding, “The result is a scalable architecture that is custom-designed for our products.” He adds, that to talk about performance, one must talk about power because today’s systems are constrained by power consumption, thermals, or even both. Take desktops: they deliver the highest performance but consume the most amount of power. That said, Apple Silicon aims to give the Mac industry-leading performance per watt and higher performance GPUs.

Apple’s work on SoCs began with iPod and iPod Touch models before expanding to iPhones and iPads (A series), Apple Watches (S series), MacBooks (T series), and more. Apple Silicon is clearly the result of these past culminated efforts and investments.

The Mac mini is also powered by Apple Silicon M1, which is up to 60% more energy efficient than its predecessor, supports 6K external displays, has a cool and quiet operation, and has upto 15 times faster Machine Learning. This starts at ₹64,990.

The first Mac equipped with M1 is the new MacBook Air, starting at ₹92,900. Laura Metz, Mac Product Line Manager, says, the new laptop has 3.5x faster CPU speeds than the previous Air, with faster frame rates. The new Air claims to be completely silent with 18 hours of video playback, with 18-hour battery life — the longest battery life on a MacBook Air ever. It also comes with the Magic Keyboard, and P3 wide colour on a 13.3-inch Retina Display.

In June, Apple announced the transition to Apple Silicon. That day is here, says Tim Cook.

John Ternus, VP of Hardware Engineering, says the “next generation of Mac” is here. Apple Silicon is a family of chips starting with the first chip designed specifically for the Mac: M1.

Apple posted a record September quarter revenue of $ 64.7 billion, with strong performance across markets including India. In September, Apple launched its first online store in India – a market that is dominated by Android smartphones. The US-based company, in collaboration with partners like Wistron and Foxconn, had recently started assembling iPhone 11 in India.

Apple reintroduced MagSafe, a more-than-a-decade old wireless charging technology, for its new line of iPhone12 models, along with MagSafe-compatible accessories like charger, and cases, that can snap onto the back of an iPhone. Apple had launched MagSafe in January 2006 for MacBook Pro, the company’s first laptop with Intel’s SoC (system on a chip) in it.

In Apple’s previous event held on October 13, it launched four new iPhones, equipped with technology for use with faster new 5G wireless networks, along with a new HomePod Mini speaker. The iPhone 12 lineup included a new small, but powerful – iPhone 12 Mini. Apple also said that it will no longer include chargers, and EarPods with the new iPhones, making the boxes smaller and lighter.

Apple CEO Tim Cook shares a picture of Apple Park shot on iPhone 12 Pro Max in a tweet before the event.

Vote shares of UDF and LDF have been oscillating according to changed political scenario Kozhikode The emergence of the Bharatiya...
Read more
National

If the nearly four years under U.S. President Donald Trump led the country away from international alliances and eschewed Washington’s commitment to globalisation and...
Read more
Business

Vote shares of UDF and LDF have been oscillating according to changed political scenario Kozhikode The emergence of the Bharatiya Janata Party (BJP) as a...
Read more

Leader of the Opposition in Haryana Assembly, Bhupinder Singh Hooda, on Friday accused the ruling BJP-JJP government of Haryana of suppressing a peaceful farmers’...
Read more