Apple to pay another $113 million to settle iPhone battery claims 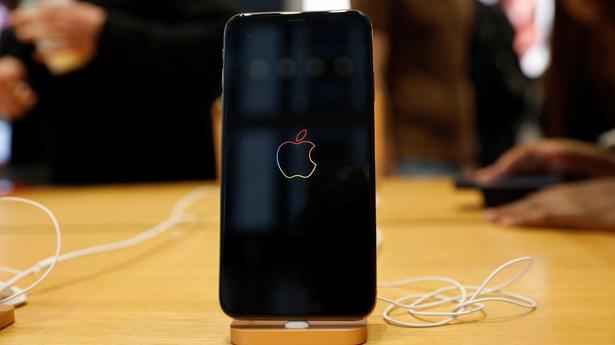 Apple defended its actions as a way to prevent unintended shutdowns of the older iPhones as their batteries deteriorated.

Apple will pay $113 million to settle the latest case alleging the the trend-setting company duped consumers by deliberately slowing down older iPhones to help extend the life of their batteries.

The payment announced on Wednesday in Arizona resolves a case brought by more than 30 states for Apple acknowledged a software update released in 2017 bogged down the performance of older iPhones. It follows a previous settlement requiring Apple to pay up to $500 million to settle a class-action lawsuit brought in California.

Apple defended its actions as a way to prevent unintended shutdowns of the older iPhones as their batteries deteriorated but critics contended the company did it to help spur more consumers to upgrade to newer models.

The Cupertino, California, company apologised for slowing down the iPhones and agreed to replace batteries at a steeply discounted price. Apple, though, has never acknowledged any wrongdoing.

The settlement with the states adds to Apple’s bill, which it can easily afford to pay. The company generates $275 billion annual revenue and boasts a market value of $2 trillion.

A petition seeking immediate removal or dispersal of the mass gathering of farmers at Delhi borders has been submitted...
Read more
Entertainment

“We will have a debate at the European summit on December 10 and we are ready to use the means at our disposal” European Council...
Read more

Trump signs order on principles for U.S. government AI use

The order directs agencies to prepare inventories of AI-use cases throughout their departments and directs the White House to develop a road map for...
Read more

Facebook said in a blog post that the global policy change came in response to news that COVID-19 vaccines will soon be rolling out...
Read more

According to Engen’s website, the Durban plant has a crude refining capacity of 120,000 barrels per day. There was an explosion at South Africa's...
Read more
Bharat News