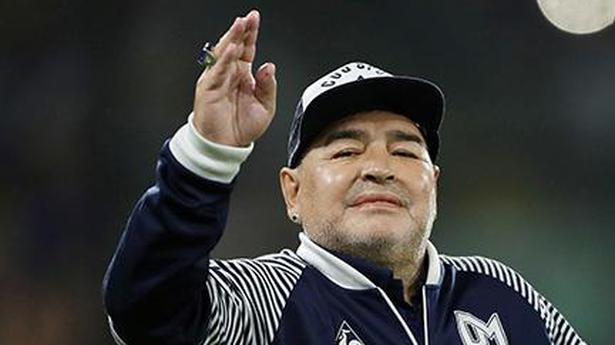 Argentina football legend Diego Maradona died of a heart attack on Wednesday, according to his lawyer. He was 60.

Considered as one of the greatest players in history, Maradona was at the helm of the Argentina team that won the 1986 World Cup. He had played for both Barcelona and Napoli during a illustrous career, and had been a coach for the Argentina national team.

Australia will reduce the number of flights arriving from India due to the growing wave of COVID-19 cases in the world’s second-most populous...
Read more

Jill Biden to visit Navajo Nation, once floored by COVID-19

She’s expected to meet Navajo officials in the tribal capital of Window Rock, named for an opening in a red sandstone arch and where...
Read more

Indonesia looking for submarine that may be too deep to help

German woman convicted over her time with Islamic State in Syria

35-year-old Nurten was convicted of participating in a foreign terrorist organisation, neglecting her duties of care toward a minor and war crimes against property ...
Read more
Bharat News