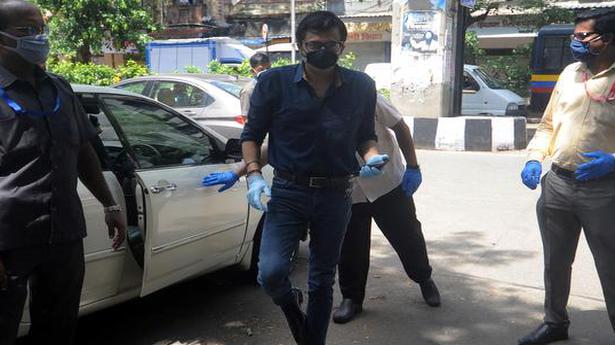 A Maharashtra Assembly official, who ‘threatened’ Republic TV editor-in-chief Arnab Goswami with penalty for going to the Supreme Court, said he had acted on the instructions of Speaker Nana Patole.

Vilas Athawale, the official, was replying to a contempt notice issued by a Bench led by Chief Justice of India Sharad A. Bobde.

“We got his [Mr. Athawale] reply last [Monday] night… He is saying he was acting on the directions of the Speaker,” senior advocate Harish Salve, representing Mr. Goswami, briefed the court on Tuesday.

Chief Justice Bobde said the court did not have an opportunity to study the reply due to the late hour in which it was filed on Monday night. The court said it would hear arguments on the next date.

But this did not stop Mr. Salve from urging the court to serve the Speaker notice. He said the Speaker should be given an opportunity to refute Mr. Athawale’s statement.

Senior advocate Dushyant Dave, for Mr. Athawale, however said there was no need to involve the Speaker immediately. Mr. Dave said he would prove to the court in the next hearing that his client’s conduct did not amount to contempt in the first place.

“First, My Lords may see whether there is any contempt here. Call the Speaker only if there is any,” Mr. Dave submitted.

“It is the other way around. First serve the Speaker and then decide on the contempt. He [Mr. Athawale] is saying he acted on the behest of the Speaker. If this statement is wrong, the Speaker should get a chance to say that…” Chief Justice Bobde responded.

Mr. Dave said the court would dismiss the contempt case in the next hearing.

“We will do what we have to do,” Chief Justice Bobde retorted.

“I am only saying what is the law,” Mr. Dave said.

“And we are only dealing with the law,” Chief Justice Bobde responded.

Mr. Dave said he would show the court that his client’s letter neither interfered with nor caused disrepute to the administration of justice.

The court had initiated contempt proceedings against Mr. Athawale, an Assistant Secretary with the Assembly, for his letter to the journalist on October 13.

In it, the official had accused Mr. Goswami of deliberately breaching the confidentiality of an ongoing privilege proceedings instituted against him. Mr. Goswami is accused of breach of privilege for using “sharp language” against Chief Minister Uddhav Thackeray. In the previous hearing, on November 6, Chief Justice Bobde had thundered at Mr. Athawale’s tone in the letter, saying no one can dare prevent a citizen from accessing the court to protect his rights. Mr. Athawale was present for the virtual hearing.

Mr. Datar also prima facie agreed that Mr. Athawale’s statement suggested he was acting as “agent of the Speaker”.

The court scheduled a hearing after two weeks.