As I might have wished otherwise, there was no Mahatma Gandhi around to hold such impulses back, says Obama in his book 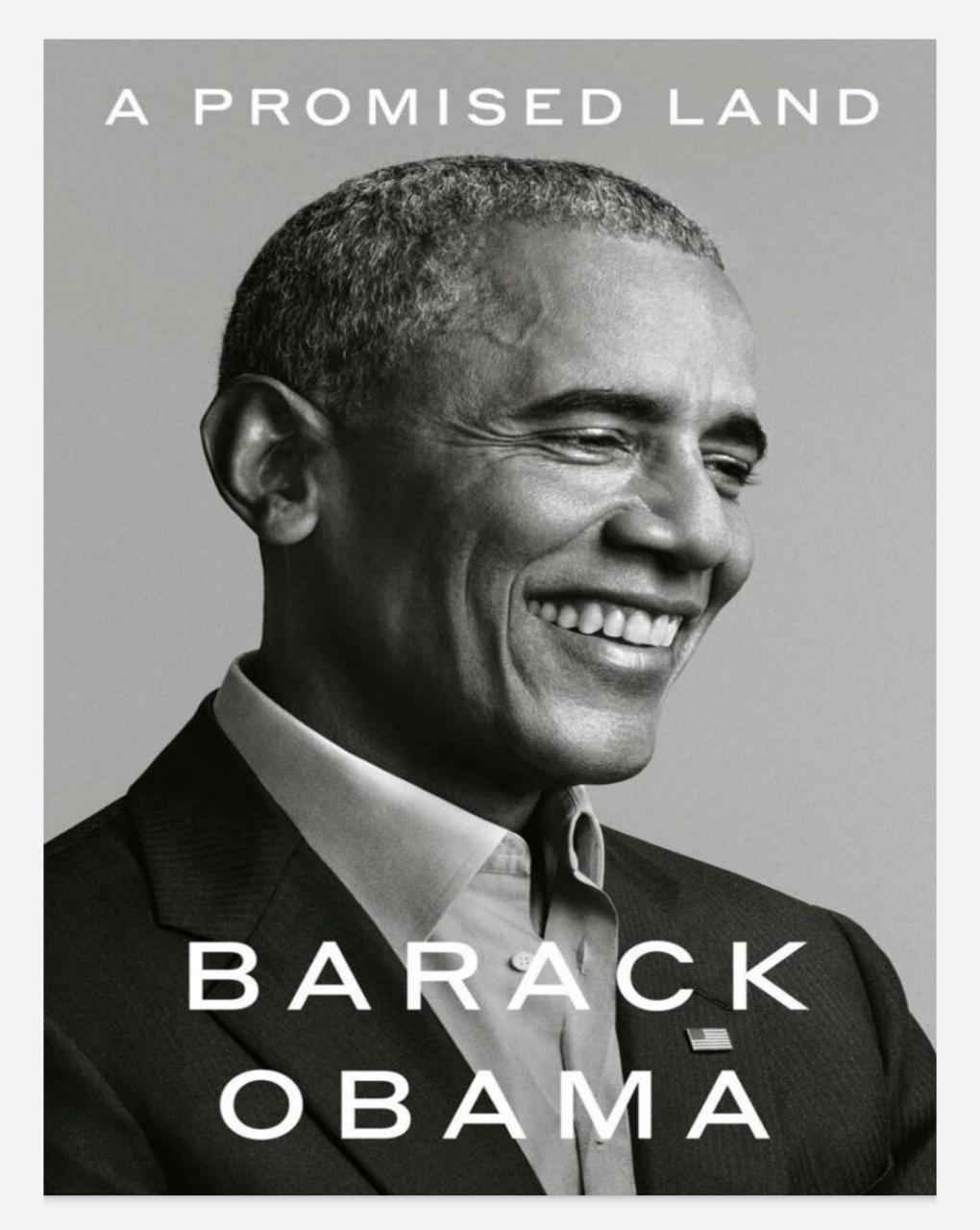 Former US president Barack Obama describes former PM Manmohan Singh as a “man of uncommon wisdom and decency” in his first volume of memoirs.

Much attention was riveted in India so far on a stray sentence from his memoirs about Congress leader Rahul Gandhi in his 900-page memoir, ‘A Promised Land’. He says that a decade back, Rahul had a “nervous, unformed quality about him, as if he were a student who’d done the coursework and was eager to impress the teacher but deep down lacked either the aptitude or the passion to master the subject”.

Rahul, “as good-looking as Sonia’’, seemed smart and earnest who probed Obama on his 2008 campaign and reiterated progressive views. Sonia was a “striking woman in her 60s” who “listened more than she spoke, careful to defer to Singh” when policy matters came up, and often steered the conversation towards her son.

“It became clear to me, though, that her power was attributable to a shrewd and forceful intelligence,” he adds.

A private conversation with Singh and his musings proved prophetic. “What I couldn’t tell was whether Singh’s rise to power represented the future of India’s democracy or merely an aberration.…….. the PM spoke more openly about the clouds he saw on the horizon…Singh had resisted calls to retaliate against Pakistan after the Mumbai attacks, but his restraint had cost him politically. He feared that rising anti-Muslim sentiment had strengthened the influence of India’s main opposition party, the Hindu nationalist Bharatiya Janata Party (BJP).

“In uncertain times, Mr President,” the PM said, “the call of religious and ethnic solidarity can be intoxicating. And it’s not so hard for politicians to exploit that, in India or anywhere else.’’

This sentence led Obama to recall his conversation with (former Iron Wall dissident, Nobel Laureate and former Czech President) Václav Havel about the rising tide of ill-liberalism in Europe that globalisation and an economic crisis were fuelling in relatively wealthy nations.

Obama was seeing it in the US with the Tea Party and felt the truth about India was that it still bore little resemblance to the egalitarian, peaceful, and sustainable society Gandhi had envisioned. Expressing hostility towards Pakistan was still the quickest route to national unity, with many Indians taking great pride that their country had developed a nuclear weapons programme to match Pakistan’s.

Before landing in Mumbai on his first visit to India, the country had held a special place in his imagination. It was partly because of India’s sheer size, and also because he had spent part of his childhood in Indonesia listening to the Ramayana and the Mahābhārata. It could have been due to his interest in the Eastern religions, or because of a group of Pakistani and Indian college friends who’d taught him to cook dal and keema and introduced him to Bollywood movies.

More than anything, though, his fascination with India had to do with Mahatma Gandhi whom he puts on par with Abraham Lincoln, Martin Luther King and Nelson Mandela. “Gandhi’s actions had stirred me even more than his words; he’d put his beliefs to the test by risking his life, going to prison, and throwing himself fully into the struggles of his people.’’

On a visit to Mani Bhavan, Gandhi’s home base for many years in Mumbai, Obama felt the “strongest wish to ask Gandhi where he had found the strength and imagination to “do so much with so very little. To ask how he’d recovered from disappointment?’’

Gandhi, like Obama in office, had to settle for less. “For all his extraordinary gifts, Gandhi hadn’t been able to heal the subcontinent’s deep religious schisms or prevent its partitioning….a seismic event in which untold numbers died. Despite his labours, he hadn’t undone India’s stifling caste system. Somehow, though, he’d marched, fasted, and preached well into his seventies—until that final day in 1948, when on his way to prayer, he was shot at point-blank range by a young Hindu extremist who viewed his ecumenism as a betrayal of the faith.’’

In a clear-eyed view of modern Indian politics and the power structure at the top in 2010, Obama said Singh’s elevation as PM is sometimes heralded as a hallmark of the country’s progress in overcoming sectarian divides. But, it was “somewhat deceiving”.

“He hadn’t originally become PM as a result of his own popularity…he owed his position to Sonia…more than one political observer believed that she’d chosen Singh precisely because as an elderly Sikh with no national political base, he posed no threat to her 40-year-old son, Rahul, whom she was grooming to take over the Congress Party.’’

After leaving the dinner where he briefly assessed Rahul and Sonia, Obama wondered what would happen when Singh left office. “Would the baton be successfully passed to Rahul, fulfilling the destiny laid out by his mother and preserving the Congress Party’s dominance over the divisive nationalism touted by the BJP?’’

Obama was again prescient. “Somehow, I was doubtful. It wasn’t Singh’s fault. He had done his part….Except now I found myself asking whether the all-too-human desire to beat back our own uncertainty and mortality and sense of insignificance by subordinating others—were too strong for any democracy to permanently contain.’’

“And as much as I might have wished otherwise, there was no Mahatma Gandhi around to hold such impulses back.’’

Obama’s second volume of memoirs will deal with the American perception about the corruption scandals of UPA 2, his subsequent meetings with Singh and, about his interactions with PM Narendra Modi. India in the first volume featured about 3,200 words. Half of it related to his first India visit in 2010 and the rest about Obama and Hillary crashing a Brazil-South-Africa-Brazil, China conclave. Lula and Jacob Zuma “looked sheepishly down’’ at the papers in front of them but true to form, Singh along with Wen Jiabao “remained impassive”.

At least 18 killed in violence near U.S.-Mexico border

Italy topped its group in the European Championship after a third straight win on Sunday, with a first-half goal from Matteo Pessina giving it...
Read more
National

MDMK general secretary Vaiko on Sunday urged the government to hasten the process of hearing of the Mekedatu dam case pending in the Supreme...
Read more
National

The Assembly session is set to start with the customary Governor’s address at Kalaivanar Arangam here at 10 a.m. on Monday.This is the first...
Read more
- Advertisement -