Cases against people for protests is curb on freedom of speech: Former SC judge 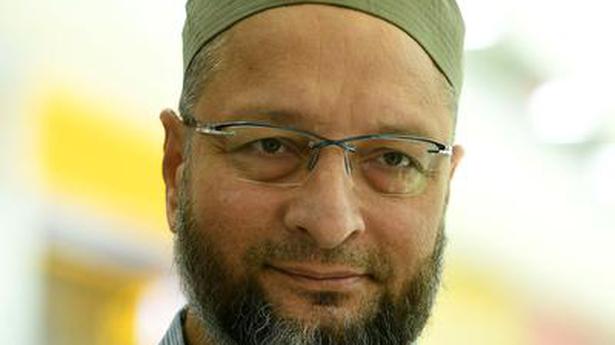 The young Owaisi, who wanted to be a lawyer, had to file his nomination papers to contest the 1994 Andhra Pradesh Assembly election

The year was 1994. Two years after the demolition of Babri Masjid in Ayodhya, there was turmoil in the All India Majlis-e-Ittehad-ul-Muslimeen (AIMIM), a party established by Abdul Wahed Owaisi. Members were deserting the AIMIM for not being vocal enough on the demolition of the masjid and there was an outcry that educated Muslims were not coming to join politics.

All eyes were on the 25-year-old Asaddudin Owaisi, Abdul Wahed’s grandson, who had just returned from London after completing a degree in law. “If in the early 1990s, you had told me that I would be contesting elections, I would have said you have gone bonkers,” Mr. Owaisi later said. It was a time when he worked at a denim store on Oxford Street, London, and served meals at McDonald’s to cover the tuition fee.

The young Owaisi, who wanted to be a lawyer, had to file his nomination papers to contest the 1994 Andhra Pradesh Assembly election.

Almost a lifetime since, he had been elected an MLA twice and an MP four times from Hyderabad, a seat that his father Sultan Salahuddin Owaisi represented six times. He has recast the archetype for Muslim leadership. Does he regret giving up law to be a lawmaker? “Regret…? I don’t know… It is a very subjective thing. I don’t regret things in life, you look at the good side of it and go ahead,” Mr. Owaisi said.

Rebirth of the party

The AIMIM is the reincarnation of Majlis-e-Ittehadul Muslimeen that opposed Hyderabad’s accession into the Indian union. Once the Hyderabad State was integrated into India, the party was banned and fell into disarray, many of its leaders migrating to Pakistan. Prefixing ‘All India’ to the MIM, Mr. Owaisi’s grandfather resurrected the party. Mr Owaisi doesn’t fail to remind frequently that the AIMIM is a party of those who did not go to Pakistan.

Years later, the same reason that led to Mr. Owaisi’s entry into politics is also a reason for his party’s expansion. The Congress and the Rashtriya Janata Dal (RJD), who were wary of engaging with Seemanchal voters on the question of the Citizenship Amendment Act (CAA) and the National Register of Citizens (NRC), left a vacuum into which Mr. Owaisi walked in, winning five seats in the Bihar Assembly election.

In his speeches across Seemanchal, he repeatedly asserted that he was the only one to tear off a copy of the “unconstitutional” CAA inside Parliament. He spoke of the “betrayal” by the RJD and the Congress. He delivers his speech in chaste Urdu, a language that is not exactly alien to his Bihari audience but definitely not conversational. His speeches were peppered with invocations of ‘Allah’. The Muslim identity is firmly in place, with a long sherwani, a skullcap and a moustache-less beard. The speech was delivered at a pace and pitch, similar to the Friday sermons by the clergy.

However, Mr. Owaisi insists that he is not a “Muslim leader”. In a recent interview to The Hindu, he said: “We are not an exclusive Muslim party. I, Asaddudin Owaisi, am not a Muslim leader. I don’t want to be a Muslim leader, that is not my ambition or objective of my political journey.” The AIMIM has been working on forging an alliance between the Muslims, the Dalits and other backward groups.

Nor does he want his politics to be limited to Hyderabad. The AIMIM expanded in Maharashtra in 2012, winning in the Nanded Municipal Corporation election. The party’s success earned him the moniker of being a “BJP agent”, a long leap from supporting the Congress-led United Progressive Alliance during the 2018 no-confidence motion. Mr. Owaisi’s persistent indictment of mainstream parties for taking the ‘Muslim vote’ granted, coupled with the other parties’ attempt to look far more Hindu, has had political dividends for the AIMIM.

“They can call me all they want. It is like water off the duck’s back. During my childhood, RSS workers used to come to our home often, abuse us in an attempt to intimidate me. So, it is part of my growing up years,” he said.

Years ago, Mr. Owaisi may have joined politics unenthusiastically. But on November 10, when the Bihar results came, his 10-year-old son, wearing a similar long sherwani, sat on a chair next to him when he addressed his victory press conference. “He is a child. He wanted to sit with me, so how could I deny him,” Mr. Owaisi said.

He claims he was always an average student. He tries to read, but says that he is a very slow reader and its takes long preparations for him before speaking in Parliament. Despite Hyderabad being his base, Mr. Owaisi doesn’t speak Telugu. He says he has tried many times to study the language with a tutor who used to come to his home in Hyderabad. But politics always overtakes his plans.

We’re committed to use every resource at our disposal to support India’s frontline healthcare workers: Defense Secretary Supplies and...
Read more
World

TV actor Manav Gohil has won his battle against coronavirus and is now back home. The actor, last seen in Star Plus’ show Shaadi...
Read more
Trending

We’re committed to use every resource at our disposal to support India’s frontline healthcare workers: Defense Secretary Supplies and assistance to help India battle...
Read more

This follows a widespread criticism of its pricing policy as it sold Covaxin to the central government at ₹150 per dose. Covaxin maker Bharat Biotech...
Read more

The International Commission of Jurists (ICJ) on Thursday called on the Centre and the State governments to comply with court orders regarding oxygen supply,...
Read more