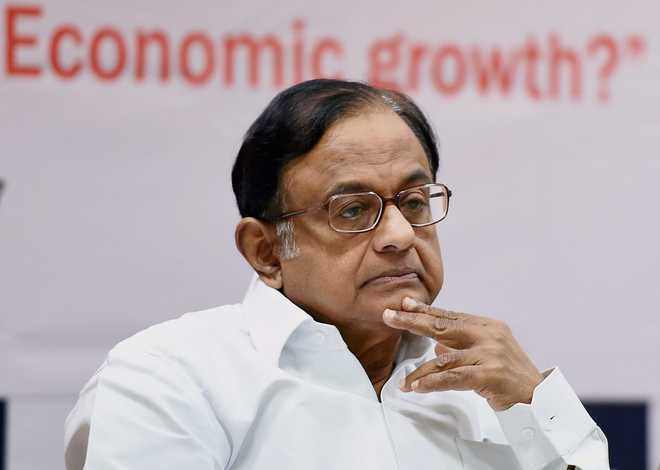 Senior Congress leaders P Chidambaram and Jairam Ramesh on Thursday said the Centre’s Atmanirbhar 3 announcement today was an attempt to deflect attention from the fact that the Indian economy had entered technical recession.

Former ministers P Chidambaram and Ramesh both accused the government of ignoring the starkness of the fact that the economy was in recession and working instead on headline management.

“Atmanirbhar 3 which the finance minister announced today is an attempt at headline management and an attempt to bury the stark fact that the economy is in recession. For the first time we are witnessing the loss in GDP itself and not a loss in GDP growth rate. The government has come up with this Diwali Dhamaka to try and hide a hard fact. This is not going to help,” said Ramesh.

Chidambaram noted that while the Indian economy was in dire situation, the government was “trying to deflect by talking of other things”.

“The government is busy managing headlines when the economy is in recession. It has no considered plan to revive the economy. Year 2020 was a wasted year and we will end up with the size of the economy which is smaller than before,” Chidambaram said adding that liquidity is not the problem of the economy.

“The problem is not liquidity. The issue is money must flow into the hands of the people and it’s not flowing. There is no revival of demand. The government must address people’s capacity to spend. That’s not happening,” said former finance minister Chidambaram suggesting four solutions for economic revival — ensuring remunerative prices for farmers; putting money in the hands of the poor; helping states with finances and creating jobs in the formal economy.

Ramesh said the economy had begun shrinking before the pandemic and the outbreak only exacerbated the situation.

He said only time will tell whether the finance minister’s announcements today would yield any concrete results.

Ration cardholders belonging to weaker sections in Tamil Nadu will get 5 kg of ‘chana’ (whole) and the rest 1 kg of ‘tur dal’...
Read more