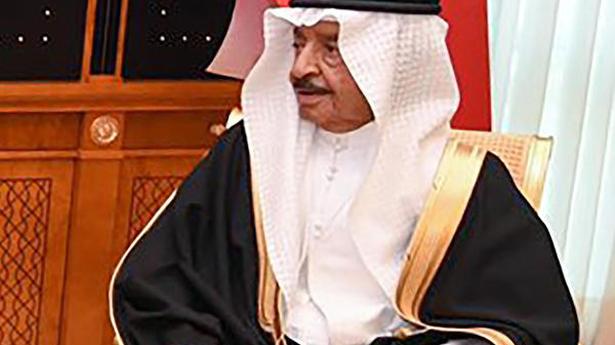 The burial ceremony will take place upon the repatriation of his body.

The burial ceremony will take place upon the repatriation of his body and the funeral will be limited to a specific number of relatives, the statement said.

Official mourning has been declared for a week.

Makkal Needhi Maiam has finalised its alliance with the All India Samathuva Makkal Katchi led by R. Sarathkumar and...
Read more
World

The night's street protests began after police cordoned off part of Yangon’s Sanchaung neighborhood and were believed to be conducting door-to-door searches Demonstrators...
Read more
World

A Pink Booth was inaugurated at Aringar Anna Government Higher Secondary School in Poonamallee Constituency on Monday on the occasion of Women’s Day....
Read more

The night's street protests began after police cordoned off part of Yangon’s Sanchaung neighborhood and were believed to be conducting door-to-door searches Demonstrators...
Read more

The office of Brazil's prosecutor general said it will appeal the decision, which will also be reviewed by the full Supreme Court A Brazilian...
Read more

The blasts on Sunday, involving ammunition stocks and explosives at the camp in the country's economic hub Bata The toll from accidental explosions that...
Read more
Bharat News