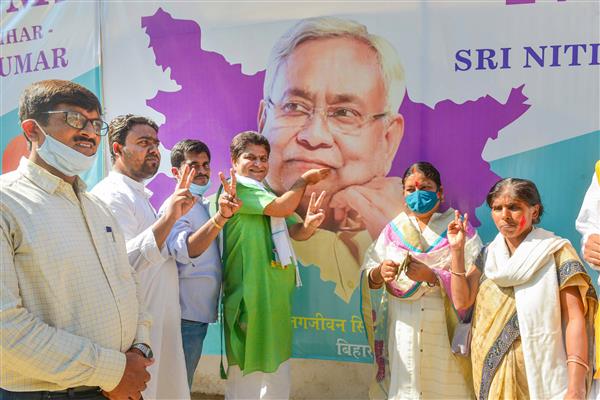 The JD(U) lost one constituency of the Bihar legislative council to an Independent candidate and held on to two others while the other five were retained by the respective members belonging to the BJP, the CPI and the Congress in the polls held last month, officials said on Saturday.

The polling for the seats, which fell vacant in May, was deferred by a few months due to the COVID-19 pandemic and held on October 22.

The ruling JD(U), headed by Chief Minister Nitish Kumar, lost the Darbhanga teacher constituency to Sarvesh Kumar, an Independent candidate, who polled 15,595 out of the 22,549 votes cast, the Election Commission said.

He wrested the seat from Dilip Kumar Chaudhary, a close aide of JD(U) working president and former minister Ashok Choudhary.

Kumar and Choudhary were stripped of their cabinet berths recently as a period of six months elapsed since their membership of the legislature expired.

Choudhary is expected to be accommodated through the Governor’s quota.

Railways have announced extension of four festival special trains to cater to the demands of commuters.Train 02511 Gorakhpur Junction–Thiruvananthapuram Central biweekly special has been...
Read more
World

The camps will have now run out of food supplies — making hunger and malnutrition a real danger, a warning we have been issuing...
Read more
National

The webcasting and live streaming of the election proceedings in the selected polling stations across the Greater Hyderabad Municipal Corporation limits progressed smoothly without...
Read more
Trending