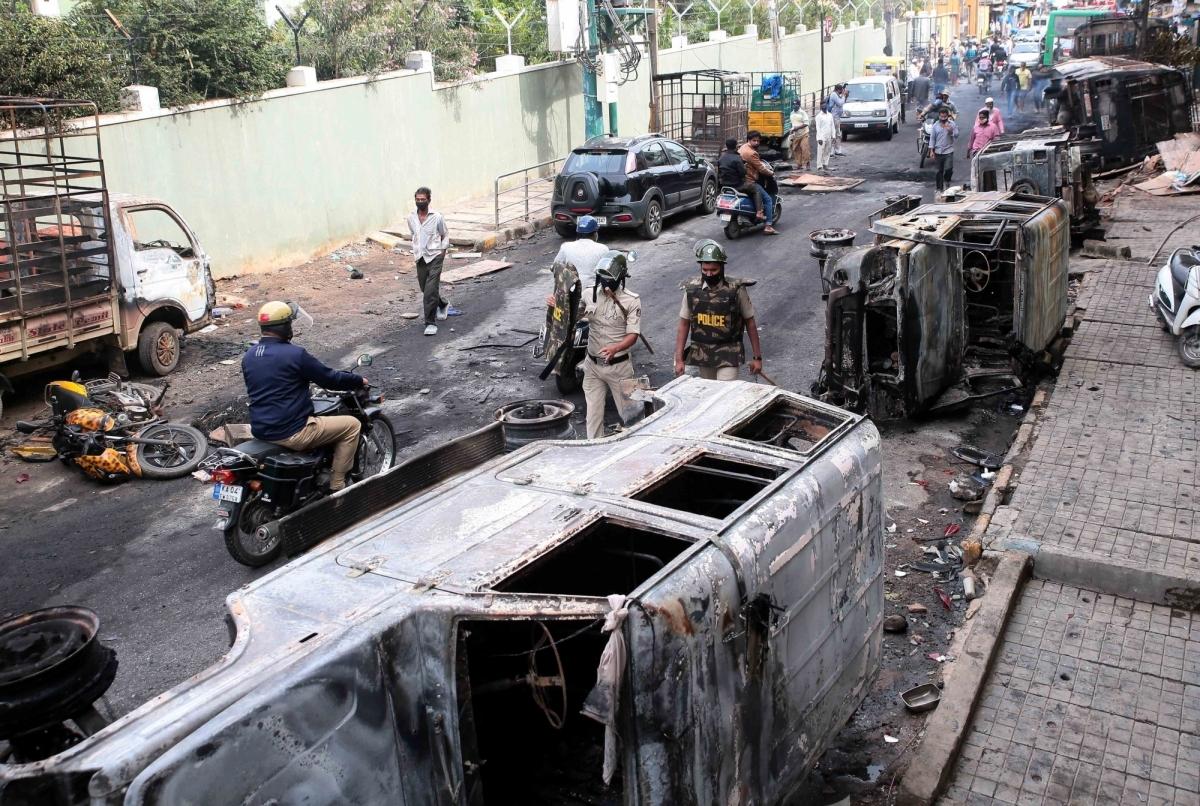 The Bengaluru Central Crime Branch police have arrested a person for allegedly giving shelter to former Bengaluru Mayor R. Sampath Kumar and Congress leader Zakir, who are absconding for the last couple of weeks after the police filed a chargesheet against them in connection with the Bengaluru riots case.

“We have arrested Riayzuddin, who had helped Raj and Zakir escape from the city. He had even ferried them in his vehicle to Nagarahole forest, where they stayed for a few days before moving elsewhere,” Joint Police Commissioner (crime) Sandeep Patil said in a statement on Monday.

Meanwhile, sources in the CCB told reporters that Riyazuddin has been a follower of Congress leaders – Raj and Zakir – for quite some time.

“He is their go to man. Therefore, we kept watch on his movements and caught him last week. During interrogations, he has revealed some vital clues about their whereabouts. The CCB will soon nab them,” the source said.

The Nagarhole National Park is spread across Karnataka and Tamil Nadu and it is one of India’s premier tiger reserves along with the adjoining Bandipur Tiger Reserve and the Wayanad Wildlife Sanctuary. One can easily slip into Tamil Nadu or Kerala from this park.

“We have formed special teams which are closely examining their trails and based on the clues revealed to us by Riayzuddin, it will be easy for us to catch them soon,” the source explained.

What is the issue?

On August 11, Pulikeshi Nagar Congress MLA Akhanda Srinvasa Murhty’s nephew Naveen Kumar (who is out on bail now) posted a insidious post on his Facebook timeline.

In a bid to control the raging mob, the police had to open fire, killing four persons on August 11. Prior to this, the mob had set the MLA’s house on fire besides torching several vehicles parked in K.G. Halli and D.J. Halli police stations.

The police have already booked nearly 400 persons in this connection, besides filing chargesheet against Raj and Zakir for allegedly instigating the mob, but both leaders are absconding since then.

Floating bodies in Ganga river cremated finally in UP districts