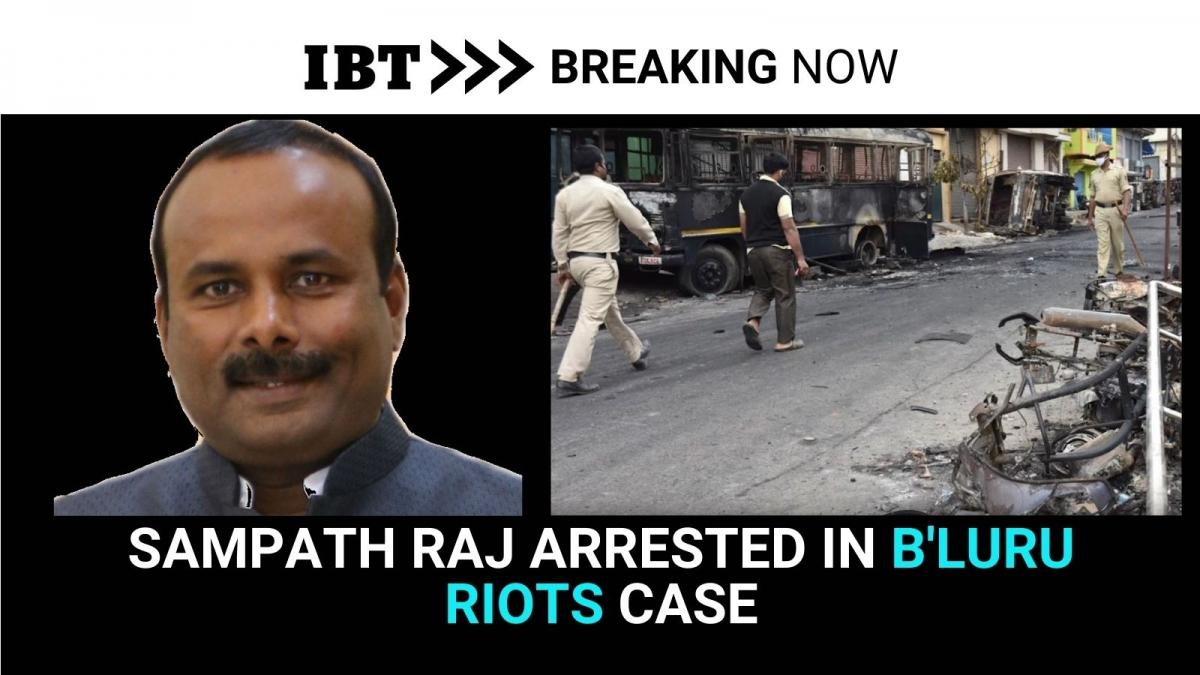 Congress leader Sampath Raj has been arrested by the Bengaluru Central Crime Branch police after he was absconding for nearly a month. The former Mayor of Bengaluru is believed to be one of the key conspirators to have instigated Bengaluru riots on August this year. Sampath Raj went missing from a hospital under the police’s watch and had been absconding since October 30.

Sampath Raj’s arrest comes shortly after the Bengaluru CCB had nabbed a close aide of the Congress leader. The accused, identified as Riyazuddin had helped Sampath Raj and Congress leader Zakir, another accused in the riots case, escape from the city. Riyazuddin, a BBMP contractor, was arrested on November 7 on the charges of helping and harbouring Sampath Raj in a farmhouse near Nagarhole.

How did the riots begin?

On August 11, Pulikeshi Nagar Congress MLA Akhanda Srinvasa Murhty’s nephew Naveen Kumar (who is out on bail now) posted an insidious post on his Facebook timeline.

In a bid to control the raging mob, the police had to open fire, killing four persons on August 11. Prior to this, the mob had set the MLA’s house on fire besides torching several vehicles parked in K.G. Halli and D.J. Halli police stations.

The police have already booked nearly 400 persons in this connection, besides filing chargesheet against Raj and Zakir for allegedly instigating the mob.