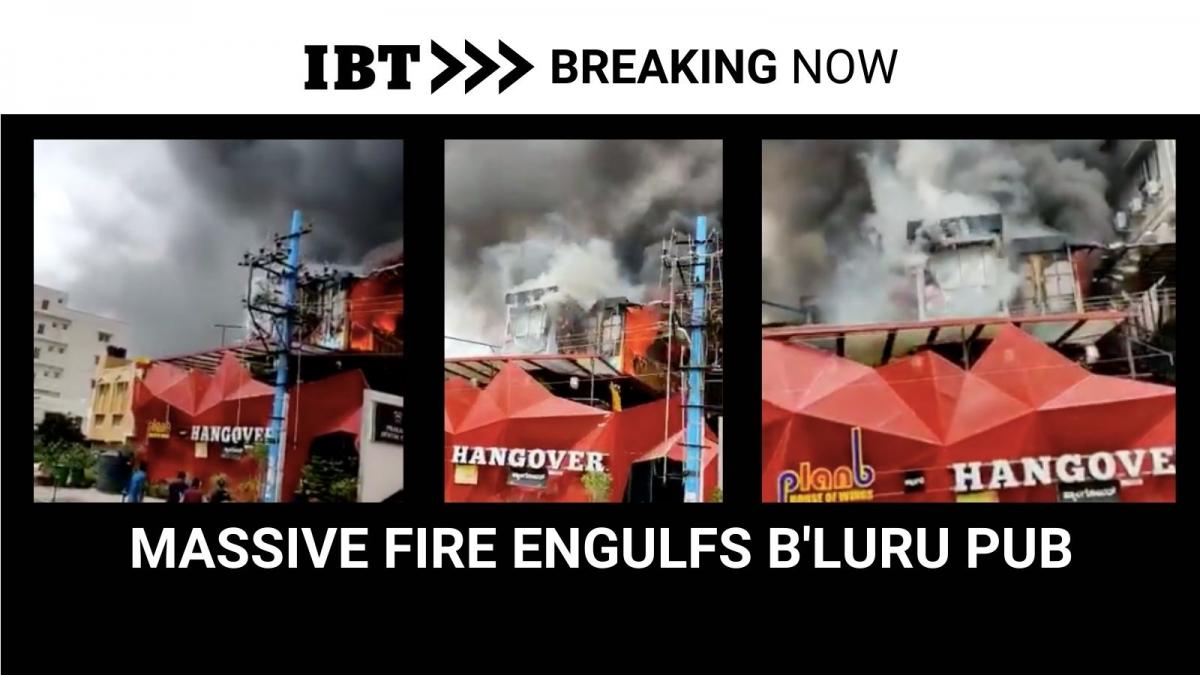 The popular hangout place in Bengaluru’s HSR Layout, the Hangover pub was engulfed in a massive fire on Monday afternoon. The fire has since been diffused after three firefighters were rushed to the scene shortly after.

The massive fire seems to have been caused due to a short circuit in the pub, but the police are still investigating the reason behind the fire. The firefighters were able to extinguish the massive fire. No casualties were reported as the staff was able to get out of the scene uninjured. The pub is usually packed during the evenings, which averted a major catastrophe.

The videos from the scene flooded social media, showing black smoke billowing over the sky. The sudden fire caused panic in the neighborhood. Bommanahalli MLA Satish Reddy visited the site and inspected the area.

Another shocking fire accident in B’luru

Just last week, a massive fire broke out in at a chemical factor in Bapuji Nagar on Mysuru road. As many as 1,800 barrels of chemicals used for sanitizers and paint thinners were illegally stored in the godown.

A day after the incident, the three owners of the factory were arrested by the Bengaluru Police in connection with the fire. The incident that took the fire department took more than six hours to douse the fire, incurred huge loss of properties at chemical units of Rekha Chemicals and Rekha Chemical corporation valued more than Rs 3 crore. Nearly 64,000 litres of highly inflammable 16 types of chemicals were stored in more than 320 barrels in the factory.

Residents and fishermen in and around Yermal near Padubidri in Udupi district have said the Udupi Power Corporation Ltd., (UPCL) of Adani Group has...
Read more

Delhi to Dehradun in 2 hrs: Nitin Gadkari sets 2023 as deadline for ambitious project