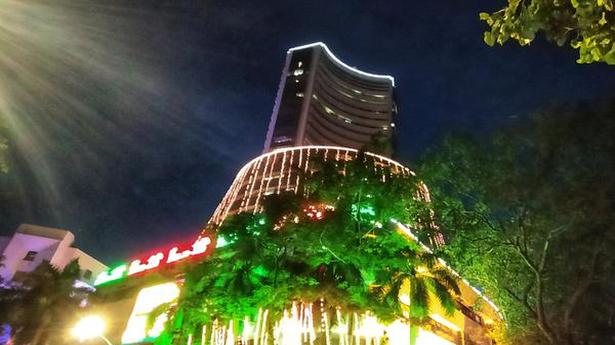 The benchmark stock indices opened the day on a flat note after yesterday’s strong gains as investors look towards the release of GDP data.

Join us as we follow the top business news through the day.

James Wolfensohn, who served as the president of the World Bank for 10 years and was a guiding force for a couple of the most well-known cultural institutions in the US, has died. He was 86.

Wolfensohn died on Wednesday at his home in Manhattan, according to the Institute for Advanced Study, where he had been a past chair of the board. His son and one of his two daughters also confirmed his death in media reports.

Wolfensohn, born in Australia, worked on Wall Street for many years before taking over as the head of the World Bank, a loan-offering global development organization, in 1995. He was nominated by then-President Bill Clinton.

In his time there, he took on issues like corruption in the organization’s development projects, and emphasized paying attention to the needs and priorities of the countries doing the projects.

The acquisition will enable MFCS, a part of the $ 19.4 billion Mahindra Group, to integrate its operations with TVS ASL, a multi-brand independent automobile aftermarket player, the companies said in a filing.

“It is a share swap transaction in which M&M will secure a minority stake in TVS ASL, while the latter will get 100% stake in MFCS,” G. Srinivasa Raghavan, MD, TVS ASL, said.

M&M said the company would invest about ₹ 35 crore for acquisition of shares in TVS ASL, comparing to the consideration the latter will pay to acquire shares of MFCS and ADPL.

OUCH! AstraZeneca eyes extra global vaccine trial as questions mount. Questions are mounting over one of fastest-moving shots after the company acknowledged that a lower dosage level that appeared more effective resulted from a manufacturing discrepancy. https://t.co/JIS5NPy4gO pic.twitter.com/E30jiY4KrC

Rupee rises 11 paise to 73.77 against US dollar in early trade

The rupee appreciated 11 paise to 73.77 against the US dollar in the opening session on Friday on sustained foreign fund inflows and weak American currency.

At the interbank forex market, the domestic unit opened at 73.80 against the US dollar, and gained ground to touch 73.77 against the greenback, registering a rise of 11 paise over its previous close.

On Thursday, the rupee appreciated 3 paise to close at 73.88 against the US dollar.

Meanwhile, the dollar index, which gauges the greenback’s strength against a basket of six currencies, was down 0.08% to 91.92.

Traders said the major trigger point for the currency markets is the September quarter gross domestic product (GDP) number that is scheduled to be released later in the day.

India’s online festive sales for a month that is from mid-October-November clocked $ 8.3 billion, a 65% yoy growth, and Flipkart Group played a dominant role with a share of 66% of the total sale, said Redseer Consulting on Friday.

Mrigank Gutgutia, Director at Consulting firm RedSeer, said, “The overall growth story has been very bullish this festive season. We had predicted $ 7 billion of sales but the actual figures surpassed our expectations, showing how comfortable consumers have become with shopping online even in this pandemic hit year ”.

“According to our estimates, Flipkart Group emerged as the leader during the whole festive month with 66% share of the total sale,” he said.

On the other hand, PowerGrid, Reliance Industries and TCS were among the laggards.

Foreign institutional investors remained net buyers in the capital market as they purchased shares worth ₹ 2,027.31 crore on a net basis on Thursday, according to provisional exchange data.

India’s GDP likely contracted 10.7% in the second quarter, with a further recovery likely in the third quarter, SBI Research said in a report released on Thursday, citing reforms in economic indicators over October and November.

“After witnessing a decline of 23.9% in real GDP in Q1 FY21, we expect Q2 GDP growth at -10.7% (earlier: -12.5%) with positive bias, based on our ‘Nowcasting’ model with 41 high frequency indicators, associated with industry activity, service activity, and global economy, ”SBI Group Chief Economic Adviser Soumya Kanti Ghosh wrote in the research report.

“The SBI business activity index also shows that there is continuous improvement and Q3 numbers could be even better. However, the extent of recovery in subsequent quarters can only be gauged after the actual Q2 numbers are published, ”Mr. Ghosh added.

The incident took place at Vangani station near Mumbai, where Mr. Shelke is posted as a pointsman, on April 17. The Ministry of Railways has...
Read more
Sport

Salil Ankola, the Mumbai chief selector, has distanced himself from the allegations made by two of the three members of the Cricket Improvement Committee...
Read more
World

India elected to 3 bodies of U.N. Economic and Social Council

The Nifty and the Sensex opened the day on a Join us as we follow the top business news through the day.10:00 am ...
Read more

Once the new Wage Code Bill (Code on Wages Bill 2019) is implemented , employees could see reforms in multiple aspects of their work...
Read more

The capacity was earlier pegged at 200 million doses a year. Covaxin maker Bharat Biotech on Tuesday said it had scaled up manufacturing...
Read more
Bharat News