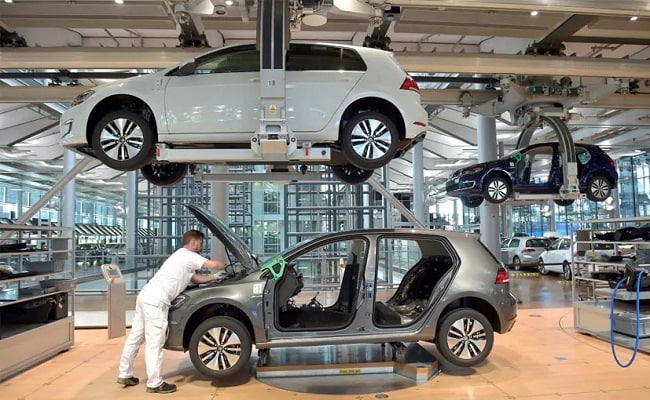 The government had earlier rolled out a PLI scheme for electronics and for active pharma ingredients.

The Union Cabinet has approved Production Linked Incentive (PLI) scheme worth Rs 2 lakh crore for 10 sectors in order to boost India’s manufacturing capabilities and enhancing exports. The scheme will make Indian manufacturers globally competitive and attract investment and enhance exports, the Information and Broadcasting Minister Prakash Javadekar said while briefing reporters after a meeting of the Cabinet.

The government had earlier rolled out a PLI scheme worth Rs 50,000 crore for large scale electronic goods makers for five years, to attract investments in mobile phone manufacturing and electronic component units.

The PLI initiative is a part of the government’s plan to support domestic manufacturing and convert India into an attractive and alternate manufacturing destination.

Meanwhile, according to sources in the Finance ministry, another round of stimulus is likely to be announced before Diwali. The stimulus would focus on job manufacturing and a further extension of the cabinet’s decision to give a push to growth with productivity-linked schemes.

Share
Facebook
Twitter
Pinterest
VK
WhatsApp
Previous articleiPhone SE 2021 Will Not Arrive in the First Half of Next Year: Ming-Chi Kuo
Next articleSensex, Nifty Close At Record Highs, Rally For Eighth Session In A Row

It is expected that there will likely be a limited supply of coronavirus vaccine doses available immediately after a vaccine is authorised by the...
Read more

Amid the ongoing stand-off between India and China, the Marine Commandos(MARCOS) of the Indian Navy have been deployed in the Pangong lake area in...
Read more
Bharat News