Missing from house, 4-year-old girl found dead in field, another, 7, critical in UP 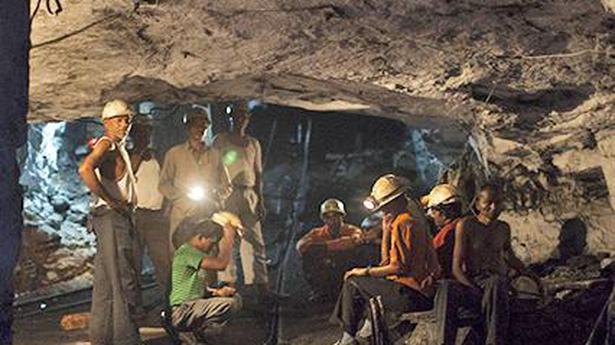 The center is looking at mining reforms, including amendments to the mining act and auction rules, Coal and Mines Secretary Anil Kumar Jain said.

These were progressing well and in the next six to eight weeks, the reforms were likely to get adopted in the statute book, he added.

The statement assumes significance as the mines ministry had earlier sought suggestions from the general public, the mining industry and other stakeholders on proposed reforms in the Mines and Minerals (Development and Regulation) Act, 1957.

“While we are looking at mining reforms, amendments to the MMDR Act, the auction rules, etc., it needs to be mentioned that they are well progressing,” Mr. Jain was quoted as saying in a statement.

He was addressing the ‘CEOs Roundtable on Propelling the Mining Industry Forward through Sustainable Technologies for Atmanirbhar Bharat’, organized by FICCI. The center was trying to introduce a level playing field between PSUs and the private sector, he said. “We are going to open the sector and reduce the requirement of exploration status. The licensing regime of the coal sector where there are milestones that you need to adhere to when in a mine, they have been lacking so far; we have been introducing them.

He further said there had been a sea change in the way industries were working over the years and sustainability was the buzzword in the sector currently.

The local administration is considering the possibility of issuing death certificates to the families of those missing after the flash floods in Uttarakhand's Chamoli...
Read more
Business

<!-- -->Jet Airways had a Boeing 777 fleet, which has been grounded since its closure.Damage to a fan blade on an engine that failed...
Read more
Technology

Justice League Snyder Cut ending has a cameo by a superhero that will “blow hard-core fans' minds”, according to a new in-depth report on...
Read more
Lifestyle

What makes Sara Ali Khan relatable? Is it her cool and funny social media posts? Or the fact that she openly talks about her...
Read more

<!-- -->Jet Airways had a Boeing 777 fleet, which has been grounded since its closure.Damage to a fan blade on an engine that failed...
Read more