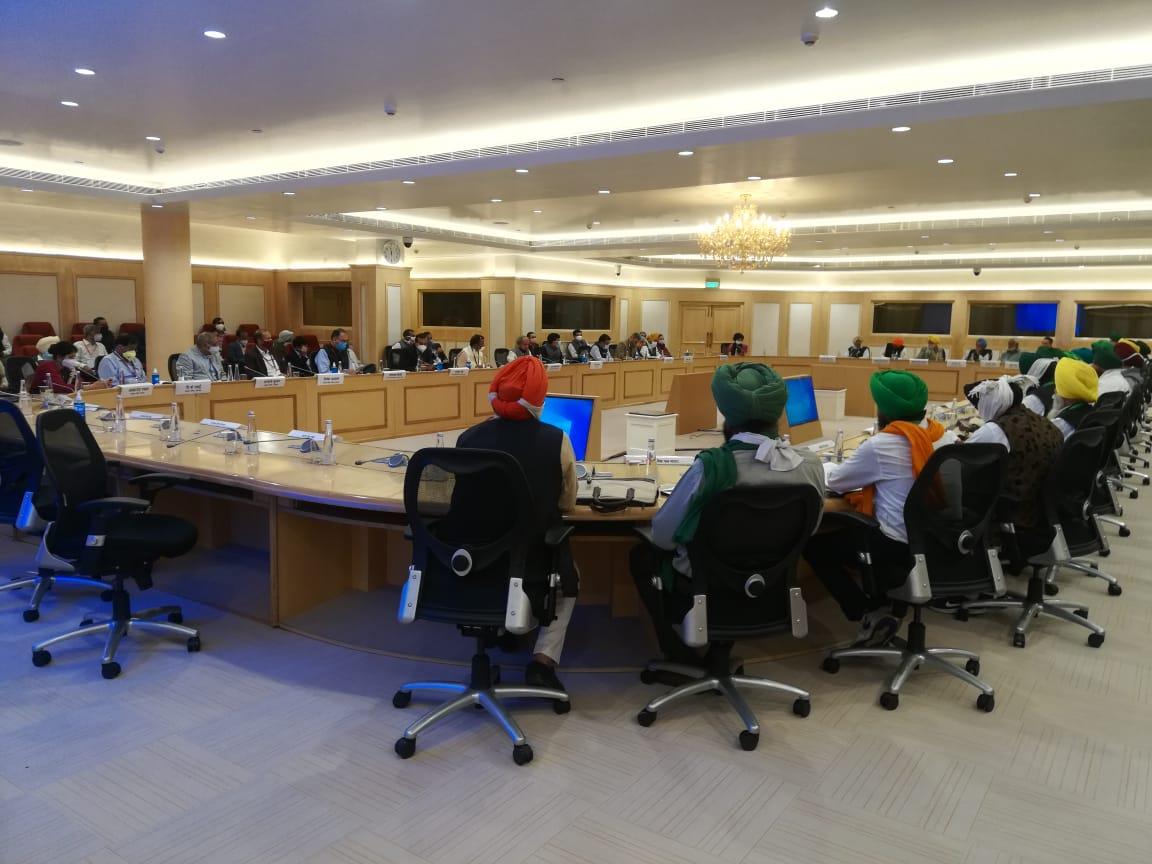 The Centre on Tuesday has said it has invited farmers’ unions from Punjab for the second round of ministerial talks on December 3 to resolve differences over the new agriculture laws.

The meeting comes after farmer leaders laid a condition for another central ministerial meeting while calling off their ‘rail roko’ agitation in Punjab on Monday and lifted the nearly two-month-long blockade, allowing resumption of only goods trains.

Speaking to PTI, Food Secretary Sudhanshu Pandey said: “We have called the representatives of over 30 farmer organisations for the second round of discussion on December 3 at Vigyan Bhawan at 11 am.”

The secretary has sent the invitation to the farmer bodies on behalf of Union Agriculture Minister Narendra Singh Tomar. Food Minister Piyush Goyal is also expected to be present in the meeting.

Officials from Food and Agriculture Departments of the Punjab government have also been invited for the talks.

The first round of talks was held on November 13 but it remained inconclusive, with both sides sticking to their ground.

Punjab farmers have been demanding the repeal of the new farm laws and replace them with another set of laws framed after wider consultation with stakeholders. They also demanded a guarantee on the MSP front, as they claimed that these new laws may lead to the end of minimum support prices (MSP) procurement, which the Centre has denied.

When asked about their demand on MSP, the secretary said: “Earlier laws, too, did not have any mention of MSP. Even the new agri-laws do not mention it. MSP is mentioned only in the National Food Security Act (NFSA) which has not been changed. Till Public Distribution System (PDS) is there, MSP will continue.”

“The Prime Minister has also stated this and even the Union Agriculture Minister has said in Parliament that MSP will continue,” he added. “We have explained in detail to farmer unions about this issue. Hopefully, we will resolve the issue with them at the December 3 meeting,” he noted. PTI