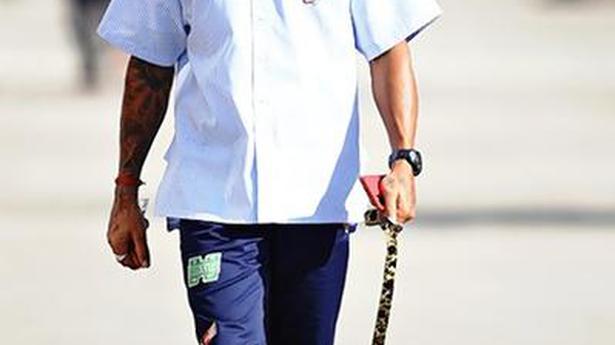 Lewis Hamilton can seal a record-equalling seventh drivers’ world title, position himself to be “best of the best” and set up long-awaited negotiations for a new Mercedes contract at this weekend’s Turkish Grand Prix.

The Briton needs only to prevent his Mercedes team-mate Valtteri Bottas outscoring him by eight points to retain his crown and, in the eyes of many including former Ferrari rival Felipe Massa, move on to become the most successful in F1 history.

A seventh championship would draw him level with Massa’s erstwhile Ferrari team-mate Michael Schumacher for titles, but with the record for wins, poles and podiums, as well as consecutive points finishes, he will in many eyes already be the “greatest of all time”.

Brazilian Massa, who himself missed out on a title triumph when Hamilton claimed his first in Sao Paulo in 2008, has no doubt that the Englishman, whose contract expires later this year, will deserve that soubriquet and a salary to match it.

“Lewis can really be the best of the best and everybody will say that for years and years, or maybe decades, or whatever,” he told the F1 Nation podcast.

“So, I think he is just preparing his two or three-year contract, which I think he deserves.

“What he is doing… He shows that he definitely deserves it — to be different to all of the other drivers in terms of everything and even in terms of salary.”

Hamilton departed the Emilia Romagna Grand Prix at Imola earlier this month with an enigmatic suggestion, after his record-increasing 93rd win had secured Mercedes’ unparalleled seventh consecutive constructors’ championship, that he may not return to racing in 2021.

Notions of retirement were rejected by his team chief Toto Wolff, who is also out of contract this year. Massa suggested Hamilton is set for a bumper new deal ahead of any confirmed “salary cap” in the sport.

“I remember when Michael was my team-mate and he was like that,” he recalled. “Michael was completely different to everybody in terms of everything — in records, numbers and salary.

“For sure, Michael helped many other drivers to increase their salary. That’s what Lewis is, in my view, trying to do. I think he is ‘doing right’ and he deserves it.”

In the simplest terms, Hamilton will be champion again if he beats Bottas, who trails him by 85 points with four races remaining. For the Finn to keep alive his own title bid, he must out-score Hamilton by nine points or more.

Given that Hamilton has beaten him at 10 of this year’s 13 races to date and has been in the points at a record 46 consecutive races, Bottas faces a daunting challenge.

Even if he wins on Sunday at the Istanbul Park Circuit, returning to the calendar for the first time since 2011, Hamilton can still take the title by finishing second and clocking the fastest lap.

With the title race reduced to a duel between the two ‘silver arrows’ drivers, many other teams have turned already to plans for next season — Ferrari boss Mattia Binotto deciding to stay in Italy to concentrate on car development.

“He has taken an innovative approach so his voice and input will be heard loud and clear,” he said.

Lewandowski, Poland out of Euro 2020 with 3-2 loss to Sweden

For Sweden, it’s a trip to Glasgow for a last-16 match on Tuesday. For Poland and Lewandowski, it’s another early exit from a major...
Read more

IOA president Narinder Batra has once again reiterated that India's medal tally will touch double figures in the upcoming Tokyo Olympics.Speaking during the...
Read more

India lost Virat Kohli, Cheteshwar Pujara and Ajinkya Rahane in the morning session Rishabh Pant lived by the sword and died by it while his...
Read more

No alcohol, no hugs, no cheers and no autographs: Tokyo Olympic organisers unveiled tough new rules for...
Read more
- Advertisement -