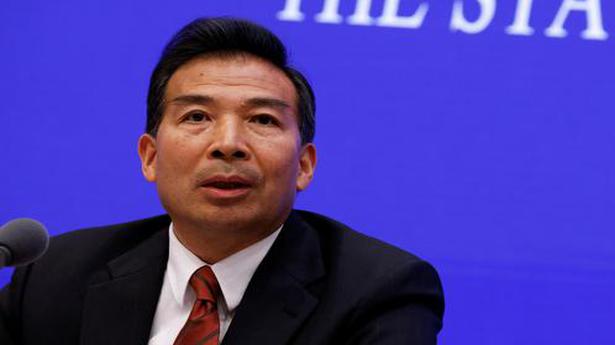 According to a press release issued by the Chinese Embassy in Colombo, the initiative was aimed at discussing a collective response to the second wave of COVID-19. “The Five Parties [as the statement referred to the participants] had in-depth exchanges on cementing the political consensus on jointly fighting COVID-19, enhancing cooperation on containing the coronavirus and restoring economic development and movement of people, and achieved positive results,” the Embassy said. The virtual meet comes less than four months after China chaired a quadrilateral meet with the foreign ministers of Afghanistan, Nepal and Pakistan, in a bid to strengthen cooperation among the four nations in pandemic response and economic recovery.

“The Five Parties”, agreed to advance Belt and Road cooperation to “boost post-COVID-19 economic recovery and development”, and concurred that countries linked by land ports should establish joint response mechanisms in border areas, apart from committing to greater information sharing and international cooperation, according to the press release.

The two virtual meets appear part of China’s growing engagement in the region, in the wake of the global pandemic. Reeling under the effect of Covid-19 its economic fallout, Sri Lanka is counting on China to cope with the economic crisis. In March, Beijing extended a $500 million-loan to Colombo as “urgent financial assistance”. The Rajapaksa administration has sought a further $700 million loan from China, in addition to a nearly $1.5-billion currency swap facility.

Earlier this month, the Communist Party of China and the ruling Sri Lanka Podujana Peramuna (SLPP or People’s Front) came together for an ‘Advanced Seminar on Governance Experience’ in Colombo.

Meanwhile, in a curious development earlier this week, the State-run Daily News on Monday reported that President Xi Jinping and President Gotabaya Rajapaksa spoke on Zoom. However, the Chinese Embassy denied the story in a tweet. When contacted, the Presidential Media Division in Colombo declined comment.

India overcame their humiliation in the Adelaide Test to retain the Border-Gavaskar Trophy with their second series win in Australia From being blown away for...
Read more
National

The agency had arrested Chief Administrative Officer MS Chauhan of NFR and other senior officials in the case involving a bribe amount of ₹1...
Read more

Iran’s National Army chief Abdolrahim Mousavi was overseeing the drill. Iran’s military kicked off ground forces drill on Tuesday along the coast of the...
Read more

Passenger numbers on the cross-Channel train service — which reaches U.K., France, Belgium and Holland — have been down 95% since March and are...
Read more

A controversial new law forces social media companies to maintain representatives in Turkey to deal with complaints about content on their platforms. Turkey on...
Read more

Body of American mountaineer found near K2 in northern Pakistan