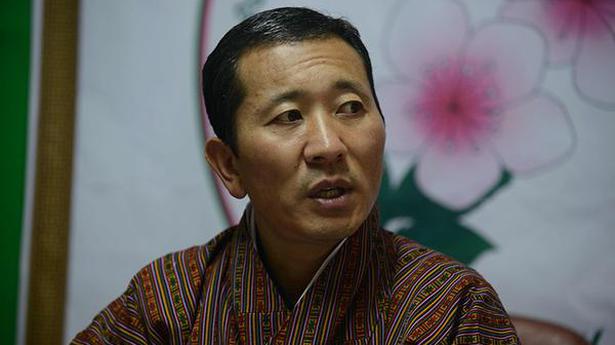 Global Times confirms that the village of Pangda had been newly built and residents moved there in Sept.

Chinese media on Monday claimed that a new border village built by China near Bhutan was on Chinese territory, but released images of the village appearing to show its location on territory disputed by the two countries.

The Global Times confirmed the village of Pangda had been newly built and residents moved there in September.

An image released by the newspaper placed the village in disputed territory, a couple of kilometres inside what Bhutan sees as its territory.

Last week, however, Bhutan’s officials denied the village was on their territory. Bhutan’s Ambassador in India Vetsop Namgyel told The Hindu, “There is no Chinese village inside Bhutan.”

The Global Times said “according to open records, authorities in Yadong county of Southwest China’s Tibet Autonomous Region have confirmed that 27 households with 124 people voluntarily moved from Shangdui village of Duina prefecture of Yadong county to Pangda village in September 2020,” adding the village was was 35 km away from the county.

Chinese media reported there were 27 households, and the village was covered by asphalt roads and “has a public square, village committee, health room, police room, kindergarten, supermarket, and plastic runway”.

China has in the past sought to bolster its territorial claims in disputed areas by building civilian settlements there, as on disputed South China Sea islands.

According to China’s maps, the village is within China’s territory, but China’s border extends further south beyond where India and Bhutan say the border runs.

The area is east of the India-Bhutan-China trijunction on the Doklam plateau, which was the site of a 72-day stand-off in 2017 triggered by China’s road-building up to where it sees its border.

India moved in to stop the road, which was built a few hundred metres east of India’s border, saying China had entered Bhutanese territory and was unilaterally pushing the trijunction further south. The new village is located farther east, away from the trijunction.

Chinese experts on Monday blamed India for the unsettled China-Bhutan border and stalled negotiations. “The border dispute between China and Bhutan is very minor, but it has not been formally demarcated because of India’s obstruction”, Qian Feng, director of the research department at the National Strategy Institute at Tsinghua University, told the Global Times.

“Indian media hyped the issue to create the illusion that China is encroaching on Bhutanese territory and bullying the small” to sow discord between China and Bhutan,” he was quoted as saying. “However, based on Bhutan’s official response, the country has seen through India’s real intentions, and it values its friendly relations with China”.

Residents of Chappamalai near Kottiyoor in the district had a sleepless night after the carcass of a pet dog was found in a house.Though...
Read more
Sport

Shikhar Dhawan’s sensational knock spoiled K.L. Rahul’s birthday party as Delhi Capitals chased down a target of 196 in a high-scoring game at the...
Read more

Coronavirus | Half of U.S. adults have had at least one Covid vaccine dose: CDC

More than half of U.S. adults have received at least one dose of a COVID-19 vaccine, government data showed on Sunday, as the White...
Read more

Five wounded in rocket attack on Iraq base hosting Americans

.The agreement includes a $1.65 billion contract for the establishment and operation of a training centre for the Hellenic Air Force by Israeli defence...
Read more

“We will never accept new military operations on Ukrainian soil.” The West must demonstrate diplomacy and credibility in making that point, he said. French President...
Read more
Bharat News