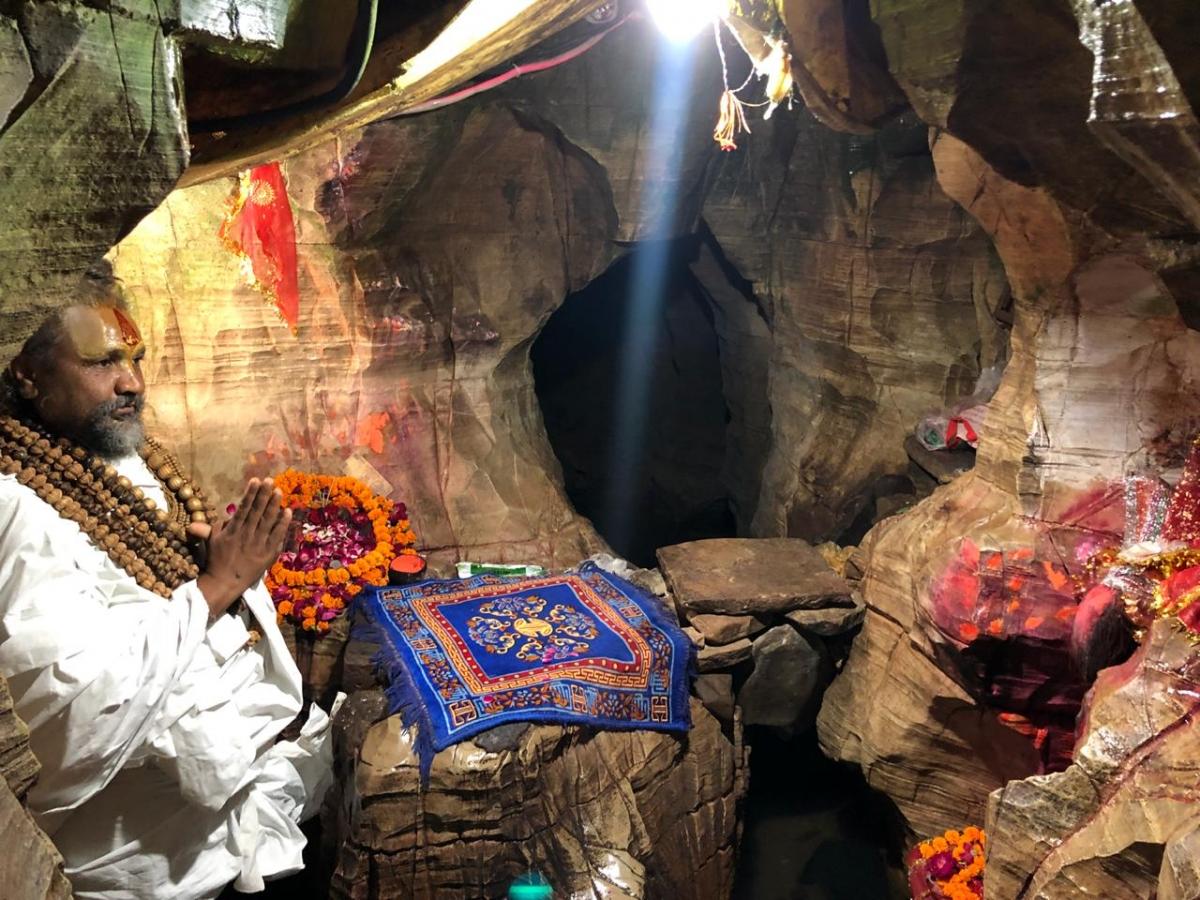 He held powerful posts in both BJP and Congress governments in Madhya Pradesh, but these days Namdeo Tyagi, widely known as ‘Computer Baba’ is spending his time in jail in several cases filed against him by the current Shivraj Singh Chouhan government.

The self-styled godman has been booked in a fresh case registered against him for allegedly manhandling a panchayat employee ahead of the demolition of his ashram near Indore, police said November 13.

Computer Baba was arrested on a complaint filed by a panchayat secretary alleging physical violence during the demolition drive. On Monday, he was sent to police remand in a case related to the seizure of illegal weapons from his ashram.

Not just his ashram, authorities have also demolished some of the other properties occupied by him for allegedly encroaching upon them.

Baba has been politically powerful in Madhya Pradesh, having his supporters both in Congress and the ruling Bharatiya Janata Party (BJP).

In April 2018, the BJP government granted him the status of minister of the state along with four other saints after he announced to take out a ‘Narmada Ghotala Rath Yatra’ in every district of the state to expose the alleged scam in the planting of saplings on the river banks and to demand a ban on illegal sand mining. He was in a government committee which was formed to carry out a campaign on tree plantation, conservation and cleanliness in designated areas.

Computer Baba campaigned for the Opposition Congress in the 2018 Assembly elections in which the party came to power and Kamal Nath became the chief minister. During the campaigning, he accused the BJP of not doing enough to stop cow slaughter and of being irreligious. He even campaigned against CM Chouhan in his constituency Budhni.

After coming to power, the Congress government, which had opposed the BJP government’s decision to accord him the status of minister of state, made him the chairman of a body meant to work on the rejuvenation of Narmada, Shipra and Mandakini rivers.

During the 2019 Lok Sabha election, he extensively campaigned against the BJP and for senior Congress leader Digvijaya Singh who was contesting against BJP’s Pragya Singh Thakur from Bhopal. Singh had lost the election.

In September last year, Baba mobilised hundreds of saints to attend a gathering of Hindu seers which was organised by the Congress government in Bhopal. The success of the gathering prompted the CM Kamal Nath to say, “It must have given a stomachache to some people who think religion is their monopoly and who scoff at Congress leaders for visiting temples.”

Baba campaigned for the Congress in recent by-elections which were won by the BJP.

The Congress has condemned Baba’s arrest and called it politically motivated. “It is height of political vendetta,” former CM Digvijaya Singh tweeted and said that the ashram was demolished without following due procedure.

BJP, however, denied the allegations and said that the action followed notices to Computer Baba from the administration and the municipal corporation. “The Congress should prove if it was not a case of encroachment and illegal constructions,” BJP spokesperson Rajneesh Agrawal said.