Once in century pandemic challenging the world, India dealing with invisible enemy: PM 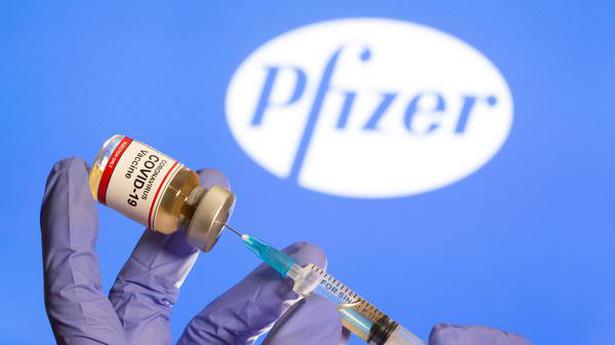 Israel signed a deal with Pfizer Inc on Friday to receive 8 million doses of the drugmaker’s potential COVID-19 vaccine, Prime Minister Benjamin Netanyahu said, enough to cover close to half of Israel’s population.

Pfizer and German partner BioNTech SE confirmed a deal was forthcoming in a statement on Thursday but did not disclose financial details. There was no immediate comment from the two companies on Friday.

Pfizer’s potential vaccine is likely to be a two-dose course of treatment, meaning that 8 million doses would cover 4 million of Israel’s 9 million population.

In televised remarks, Mr. Netanyahu said the agreement marked “a great day for Israel” and added: “The goal is for the vaccine supply to start in January and increase in the months thereafter”.

Pfizer on Monday announced that its experimental COVID-19 vaccine was more than 90% effective based on initial trial results, a potential major victory in the war against a virus that has killed more than a million people and battered the world economy.

In addition to its new deal with Pfizer, Israel has an agreement with Moderna Inc for the future purchase of its potential vaccine. Moderna said on Wednesday it had enough data for a first interim analysis of the late-stage trial of its vaccine candidate.

Cinema Bandi movie review: A feel-good film that will make you smile

MUMBAI: The ongoing pandemic has accentuated the importance of life insurance among consumers. A considerable section...
Read more
Trending

Once in century pandemic challenging the world, India dealing with invisible...

It is an all-weather system and can engage multiple targets simultaneously and can be deployed over land and sea The Iron Dome aerial defence system...
Read more

It is an all-weather system and can engage multiple targets simultaneously and can be deployed over land and sea The Iron Dome aerial defence system...
Read more

"Israeli planes and troops on the ground are carrying out an attack in the Gaza Strip," the army said in a brief message. Hours...
Read more

The flight will be the first after the lifting of a two-week ban on anyone coming from India. The first repatriation flight for Australians...
Read more

Apple has collected a 15% to 30% commission on those in-app purchases for the past 13 years, fueling a moneymaking machine that has helped...
Read more
Bharat News