COVID-19: Military Literature Festival to be a virtual affair this year 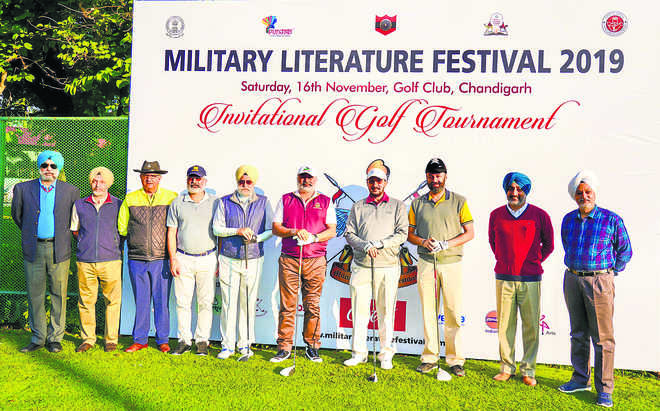 The fourth edition of Military Literature Festival (MLF) will be held virtually this year due to the restrictions placed amid the ongoing global COVID-19 pandemic.

Most of the events, including the inaugural session and panel discussions, will be conducted online.

Few public events, which were held in the previous years, are being done away with this time.

However, a War Memorial function is scheduled for December 7.

The current stand-off in Ladakh, and the violent clash between the two armies at Galwan Vally, along with the threat from China, is expected to be the major topic of discussion among the geo-strategic issues.

A wide array of contemporary, historic, literary, and technical issues related to national security, and the armed forces will feature in the MLF, with experts in the domain, as well as, serving, and retired defence officers propounding their views.

With the 50th anniversary of the 1971 Indo-Pak war falling next year, it is also expected to be one of the hot topics of discussion.

Higher defence management, military industry unconventional and sub-conventional warfare, foreign relations, military diplomacy and the strategic fallout of events like the impact the ongoing pandemic are other topics of interest.

A professional agency has been engaged for the conduct of this three-day event.

MLF is an annual affair. It is conducted by the Punjab Government, and the Western Command to honour, and commemorate the legendary, brave, and sacrifices of the Indian soldiers. It is also to bring a common platform for experts to deliberate on the contemporary military, security, and geopolitical issues.

The Ministry of External Affairs is organising the visit of Ambassadors and High Commissioners to familiarise the foreign envoys...
Read more
Featured