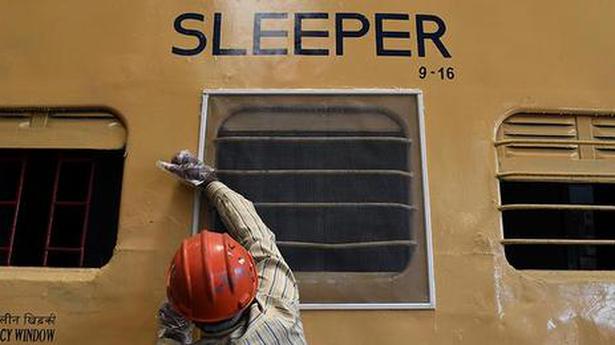 The Ministry of Railways has called for a detailed report on the purchases made by Zonal Railways, Workshops, Production Units and other major railway establishments as part of the ‘India COVID-19 Emergency Response and Health System Strengthening Project’. a joint initiative of the Central government and the World Bank under which a $1-billion loan was disbursed by the International Bank for Reconstruction and Development.

The Ministry of Railways, being one of the implementing agencies of the project, was allocated ₹399 crore to spend across its network to strengthen health infrastructure in the fight against COVID-19 this financial year. The project was also meant to prevent, detect and respond to the threat of coronavirus and strengthen national health systems for preparedness.

In a note issued to all General Managers/Chief Administrative Officers two days ago, the Railway Board said only 13 of the 26 railway units had furnished the details of procurement. Among them, only three zones had shown substantial utilisation of allotted funds. While the Northern Railway had spent ₹44.93 crore of the ₹45.60 crore earmarked, the Central Railway and the East Coast Railway had spent ₹23.99 crore and ₹8.74 crore, respectively. The funds to combat the pandemic came with the condition of “universal eligibility” in procurement, which meant all preferential market access policies, including the Public Procurement (Preference to Make in India) Order, the MSME Policy and certain benefits to start-ups were not applicable in the implementation of the project.

The Indian Railways were among the first to respond to the pandemic by converting coaches into mobile isolation/quarantine wards with beds. But the modified coaches were not put into much use, with State governments establishing adequate Covid Care Centres in all major cities. The World Bank fund was meant to strengthen healthcare infrastructure by purchasing more ventilators, oxygen cylinders, laboratory machines, PPE kits, face shields, hospital furniture, medical equipment, gloves, goggles and other consumables.

Malayalam journalist Siddique Kappan, who is jailed in Uttar Pradesh over sedition charges, has tested positive for COVID-19, his lawyer said on Wednesday.Mr. Kappan...
Read more