EAM Jaishankar to begin 6-day tour of Bahrain, UAE and Seychelles from Tuesday 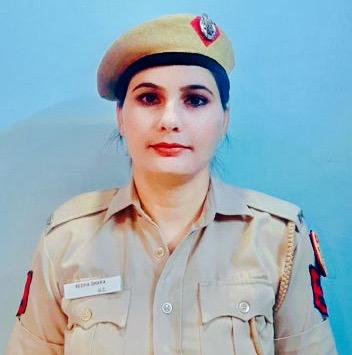 She has traced 76 missing children and 56 of them are below the age of 14 years.

These missing children have been traced not just from Delhi, but from other states such as Punjab and West Bengal.

“These 76 children were reported missing from various police stations of Delhi and W/HC Seema Dhaka had put sincere and painstaking efforts and traced them within a span of two-and-a-half- months from Delhi and other states,” said Anil Mittal, Additional PRO Delhi police.

In order to motivate police personnel  to trace or recover children who have gone missing from their homes, the Commissioner of Police has issued an incentive scheme on August 5, 2020 to the effect that “Any Constable or Head Constable who recovers 50 or more missing children below the age  of 14 years (15 children out of them of the age group less than 8 years) within a period of 12 calendar months will be considered for the grant of out-of-turn promotion”.

Further, those who trace more than 15 children in the same period shall be given ‘Asadharan Karya Puraskar’. This order has brought a sea change in tracing or recovery of missing children and more and more children have been traced since August 2020.

This year till October, a total of 2629 children were traced by Delhi Police out of 3507 missing.

Fall in number of fresh cases in Madurai

Tamil film actor Thavasi, who had been undergoing treatment for cancer at a private hospital in Madurai, died on Monday. He was 60.Tirupparankundram MLA...
Read more
National

Union Home Minister Amit Shah’s criticism of the DMK at a function in Chennai on Saturday is a reflection of the “perfect understanding” between...
Read more
National

A 32-year-old man has been arrested by the police on charges of blackmailing his wife after posting obscene pictures in some social media websites....
Read more
Featured

EAM Jaishankar to begin 6-day tour of Bahrain, UAE and Seychelles from Tuesday