Delhi’s temperature may dip to 7-degree C on Sunday, lowest in 14 years 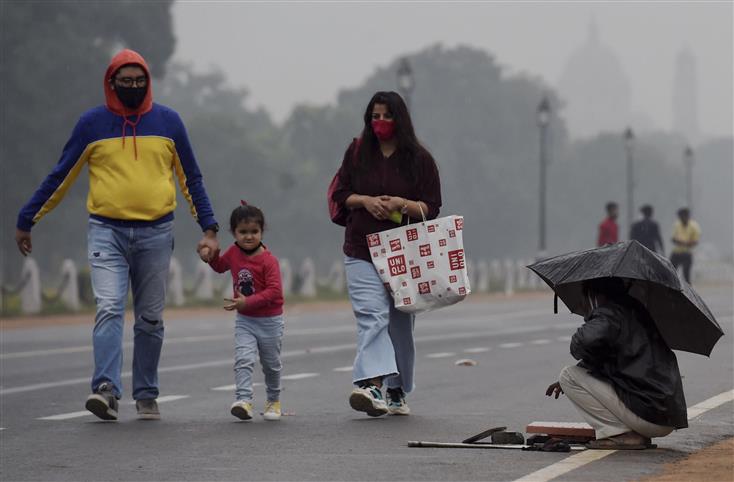 After witnessing the coldest of the season so far on Friday, the national capital may experience the chilliest day in November in 14 years on Sunday, officials of the India Meteorological Department (IMD) told IANS.

Kuldeep Srivastava, scientist at IMD and Head, Regional Weather Forecasting Centre (RWFC), said that cold winds coming after snowfall in the hills could bring the mercury down to 7-degree Celsius on Sunday.

“The minimum and maximum temperatures are expected to further reduce to 7-degree C and 24-degree C on Sunday, respectively,” he said.

On November 29, 2006, the minimum temperature in the national capital had dipped to 7.3-degree C.

“As the wind direction continues to be north-westerly, cold winds are coming in from Jammu and Himachal Pradesh, which have received snowfall. Besides, clear skies in the day is causing the heat to dissipate quickly and make the nights cooler than usual,” Srivastava explained.

However, he also forecast that the temperature is expected to rise in the next three-four days before dropping again after November 27. “Western disturbance and change in wind direction will cause the rise in temperature,” Srivastava added.

The minimum temperature in the national capital had dropped to 7.5 degrees Celsius on Friday morning, five notches below normal for this time of the year.

The lowest temperature recorded last November was 11.4-degree C, while in 2018 it was 10.5-degree C. The IMD is likely to declare a cold wave on Saturday if the temperature remains five degrees below normal.

Meanwhile, the city’s air quality index fell to the “poor” category on Saturday with a reading of 252. The System of Air Quality and Weather Forecasting And Research (SAFAR), the forecasting body under the Union Ministry of Earth Sciences, said that 1,264 fire counts were observed in the neighbouring states and the share of stubble burning in Delhi’s PM 2.5 is expected to be 13 per cent on Saturday. — IANS

Atalanta jumps past Juventus into third

Juventus slipped to a last-gasp 1-0 defeat at Atalanta on Sunday as Gian Piero Gasperini’s side leapfrogged the champion into third place in the...
Read more
Trending

Link claiming to change WhatsApp in Pink is a virus, can...

The Central Bureau of Investigation will study the Supreme Court order, directing it to look into the Justice D.K. Jain Committee report on senior...
Read more
Lifestyle

In March this year, supermodel Emily Ratajkowski and husband Sebastian Bear-McClard had welcomed their first child and announced the news with a post on...
Read more