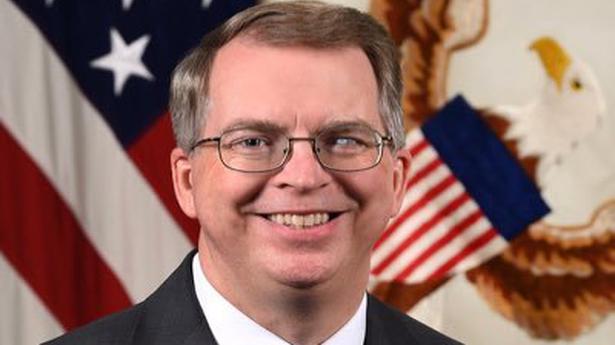 Deputy Defense Secretary David Norquist has been asked to serve as the acting Secretary of Defence for President-elect Joe Biden until a permanent Pentagon chief can be confirmed by the Senate, U.S. officials said on January 14.

Officials said Norquist agreed, and that other defense officials were told of the selection on Wednesday evening. Mr. Biden has chosen retired Army Gen. Lloyd Austin to serve as his Defence Secretary, but Mr. Austin must receive a waiver from both the House and Senate to be considered for the job.

The officials spoke on condition of anonymity to discuss personnel matters not yet announced.

Under the law, a retired service member must be out of the military for seven years in order to be named Defence Secretary.

A Senate confirmation hearing on Mr. Austin could be held as soon as January 19, but there could be no vote until a waiver is approved.

It’s not clear how long it will take to get a hearing or congressional approval on the waiver, and a number of lawmakers have expressed concern about having another recently retired general in the top Pentagon post.

He has been Deputy Defense Secretary since July 2019, but previously served as the Pentagon’s Comptroller.

He also previously served as the Chief Financial Officer for the Department of Homeland Security.

COVID-19 vaccination sessions would not be scheduled on this Saturday and Sunday because of IT system transition from Co-WIN...
Read more
Trending

He said that although the government's endeavour is to promote the private sector, public sector presence in banking and insurance is also required Prime...
Read more
Entertainment

Mumbai Saga trailer: John Abraham’s aspiration to be the king of...

The trailer of Sanjay Gupta directorial crime thriller Mumbai Saga is out. The film, set in the 1980s and 90s, chronicles the transformation of...
Read more
World

Ahead of the release of the declassified U.S. intelligence report, U.S. President Joe Biden spoke to Saudi King Salman for the first time since...
Read more