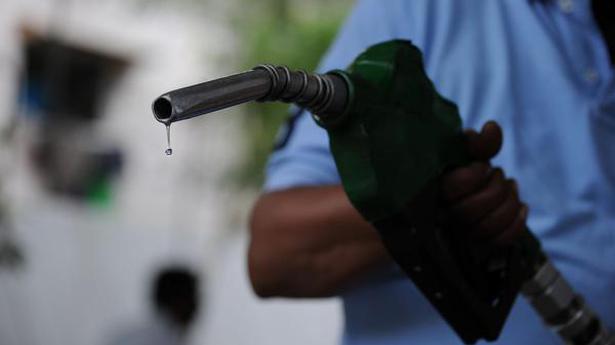 Sale of diesel, the most used fuel in the country, was, however, 7% higher month-on-month

India’s diesel sales fell 5% in the first half of November when compared with the previous year, industry data showed on Monday, after rising for the first time in eight months in October.

Sale of diesel, the most used fuel in the country, was, however, 7% higher month-on-month.

Between November 1 and 15, diesel consumption was 2.86 million tonnes, down from 3.01 million tonnes in the same period a year back. It was, however, higher than the 2.65 million tonnes demand during the first half of October.

The total demand for petroleum products rose 2.5% in October to reach 17.77 million tonnes. While petrol had reached pre-COVID levels in September itself, diesel consumption had returned to normal last month.

The growth in diesel consumption was the highest in a year.

Industry sources said month-on-month diesel sales has risen in November, which is a good sign.

Fuel demand had slumped by 49% in April after a nationwide lockdown, imposed to curb the spread of coronavirus, shut industries and took most vehicles off-road.

The 69-day nationwide lockdown was followed by local and state-level restrictions. Restrictions have eased only slowly and in phases, and localized restrictions in containment zones remain.

The onset of the festive season has fueled a rise in consumption but public transport is not back to normal levels yet as schools and educational institutions continue to remain shut in most parts of the country.

“He should have been honoured with the Param Vir Chakra,” Col. Babu’s father said. The father of late Colonel...
Read more
Entertainment

FAU-G, aka Fearless and United Guards, has finally launched and is now available to download on Google Play. Developed by nCore Games, the action...
Read more

<!-- -->Hyundai, together with affiliate Kia Corp, is among the world's top 10 automakers.Seoul: Hyundai Motor Co reported a 57 per cent surge in...
Read more

Cairn is looking to identify bank accounts and other assets, including potentially Air India planes and even Indian ships, that could be subject to...
Read more
Bharat News