Down with The Crown fever? Watch these shows

In a first, IAF to participate in Exercise Desert Flag VI in UAE 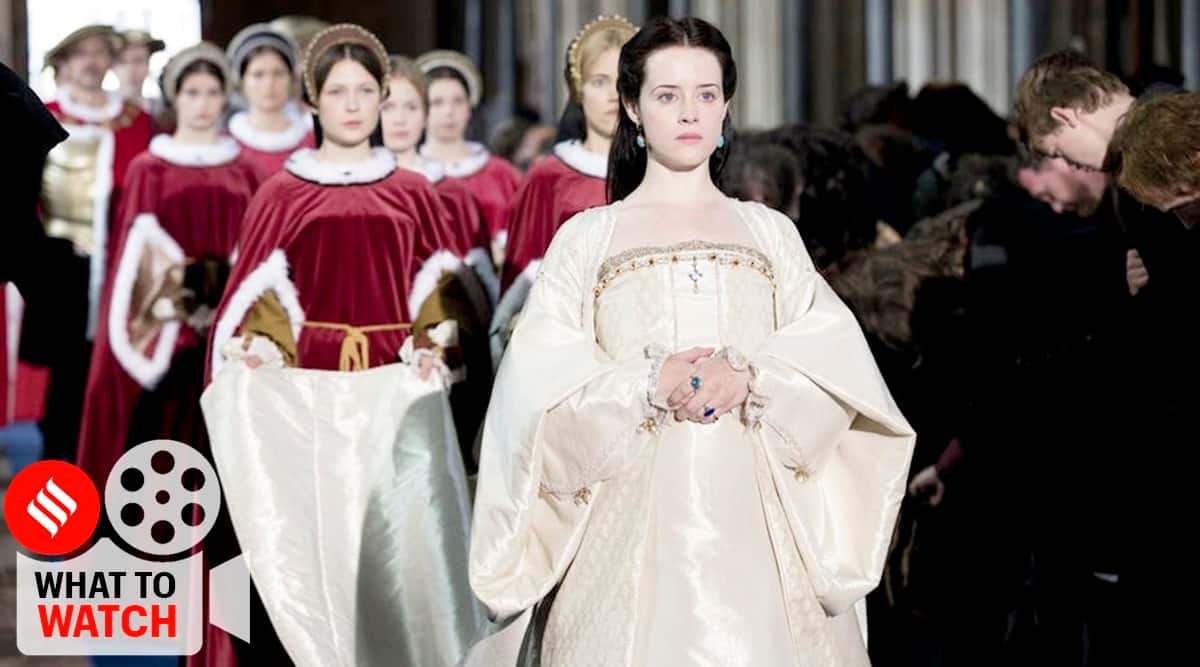 Claire Foy in a still from Wolf Hall. (Photo: BBC)

The Crown Season 4 recently started streaming on Netflix. And if you have already watched the series, fret not, as we have a bunch of other similar shows to keep you engaged. From the American period drama Reign to the critically-acclaimed Wolf Hall, here are six shows that are worth your time.

Revolving around the Queen of Scots Mary, Reign, created by Stephanie SenGupta and Laurie McCarthy, takes a great amount of cinematic liberty. So if you are a stickler for historical accuracy, then this show is not for you. But if it is drama, fun and great costumes you are looking for, Reign is the perfect watch.

You can watch Reign on Amazon Prime Video.

Set in the early 1900s, this show is a delight for those in love with period pieces. The narrative deals with the trials and tribulations of the aristocratic Crawley family and their helps in the post-Edwardian era. The series depicts the rise and the fall of British aristocracy and features numerous real-life events that took place during the said years, including the sinking of the Titanic and the Spanish influenza pandemic. Not only is the show well-written, it is also supported by a great cast. Hugh Bonneville, Jessica Brown Findlay, Maggie Smith, Laura Carmichael and Jim Carter feature in pivotal parts.

Downton Abbey is available to stream on Amazon Prime Video.

Adapted from Philippa Gregory’s best-selling novel of the same name, The White Princess is a BBC show based on politics, class and power. The War of the Roses has come to an end, and three intelligent and ambitious noblewomen have their eyes set on one thing and one thing only — the English throne. A sequel to The White Queen, The White Princess is well-acted and sufficiently intriguing. And Killing Eve fans, it features the talented Jodie Comer in the lead.

The White Princess is streaming on SonyLIV.

Only four episodes-long, Helen Mirren-starrer Catherine the Great is a beautifully shot HBO show that depicts the exploits of the powerful Russian empress towards the end of her reign. It is both soapy and scandalous, and its storytelling is boosted by an in-form Mirren.

Mark Rylance, Damian Lewis and Claire Foy feature in this absorbing, riveting tale based on the Wolf Hall books by Hilary Mantel. Prominent figures of British history make an appearance, including Thomas Cromwell, Henry VIII, Anne Boleyn and Thomas More. The series was lauded for its performances and cinematography. It has several Emmy and Golden Globe nominations to its credit.

It is tough criticising the ruling monarchy, let alone lampoon them. However, the team of The Windsors is a bold bunch. A parody based on the royal family and the house of Windsor, The Windsors is not your regular satire. In fact, some of the humour it incorporates doesn’t always work. But then, nothing in life is perfect. And this is just a show. The Windsors features Harry Enfield, Hugh Skinner and Richard Goulding.

The Windsors is streaming on Netflix.

The BJP swept the panchayat and municipal elections in Gujarat delivering a major blow to the Congress. The party...
Read more
Trending

Empty planes flying from India to Saudi Arabia to bring back...

Call for Chief Justice of India to step down over offer...

Over 3,500 concerned citizens, representatives of women’s movements and feminists issued an open letter to Chief Justice of India S.A. Bobde demanding that he...
Read more
Entertainment

Veteran actor Satish Shah on Tuesday tweeted that he has received the coronavirus vaccine at a vaccination centre in Mumbai. Shah, who is the...
Read more

Veteran actor Satish Shah on Tuesday tweeted that he has received the coronavirus vaccine at a vaccination centre in Mumbai. Shah, who is the...
Read more

The Hindu wedding of Shraddha Kapoor’s cousin Priyaank Sharma and Shaza Morani that was supposed to take place on March 5 has been postponed...
Read more

Saif Ali Khan’s son Ibrahim lives it up with friends at a wedding, see photos

Actor Saif Ali Khan’s son Ibrahim Ali Khan might keep a distance from public attention but thanks to a friend, the internet knows how...
Read more