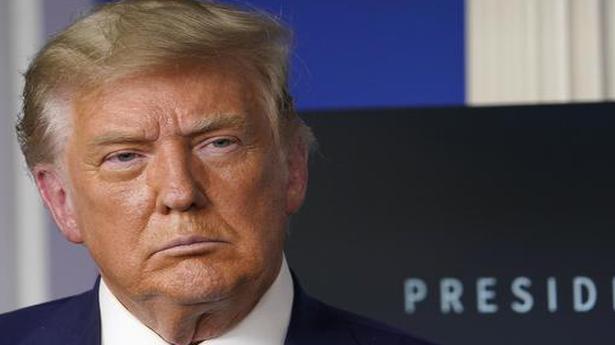 Calls for Mr. Trump to accept defeat have been stronger outside Washington, even from some of his staunchest supporters

More prominent Republicans joined the call on Monday for President Donald Trump to end efforts to overturn his election defeat and allow President-elect Joe Biden to begin the transition to a new administration.

Twenty days after Election Day, most members of Mr. Trump’s party still refused on Monday to refer to Mr. Biden as President-elect, or question Mr. Trump’s insistence — without evidence — that he only lost on Nov. 3 because of fraud.

Mr. Trump’s legal team has suffered a string of judicial defeats in its bid to prevent states from certifying Mr. Biden as the presidential election winner, and legal experts say the remaining cases do not give Mr. Trump a viable path to overturning the election results.

Republican Senator Shelly Moore Capito, who represents West Virginia, which overwhelmingly backed Trump, issued a statement saying there was no indication that any election irregularities were widespread enough to call Biden’s victory into question.

Republican Senator Rob Portman — co-chairman of Trump’s campaign in Ohio who rarely breaks with party leaders — said there was no evidence of widespread election fraud and called for the transition to begin.

“It is now time to expeditiously resolve any outstanding questions and move forward,” Mr. Portman wrote in a Cincinnati Enquirer opinion column on Monday.

Senator Lamar Alexander, who is retiring from his Tennessee Senate seat at the end of the year, called on Mr. Trump to “put the country first and have a prompt and orderly transition to help the new administration succeed.”

In a statement issued after Michigan certified its election results in a blow to Trump’s efforts to overturn the election, Alexander said, “When you are in public life, people remember the last thing you do.”

Calls for Mr. Trump to accept defeat have been stronger outside Washington, even from some of his staunchest supporters, including former New Jersey Governor Chris Christie, who called Trump’s behaviour “a national embarrassment” in an interview on ABC.

And more than 100 former Republican national security officials published a letter on Monday asking that party leaders denounce Trump’s refusal to concede, calling it a dangerous assault on democracy and national security.

Amazon's video game division has canceled an online role-playing game based on the fantasy series Lord of the Rings, which was announced in 2019,...
Read more
National

India's total tally of COVID-19 cases crossed 1.50 crore with a record single-day rise of 2,73,810 new coronavirus infections, while the active cases surpassed the 19-lakh mark, according to...
Read more
Entertainment

Two die as Tesla with ‘no driver’ crashes in Texas

Deputies said the car was travelling fast and failed to navigate a turn before running off the road, hitting a tree, and bursting into...
Read more

Hong Kong bans flights from India, Pakistan and the Philippines for 2 weeks

This comes after the N501Y mutant COVID-19 strain was detected in the city for the first time. Hong Kong will suspend flights from India,...
Read more