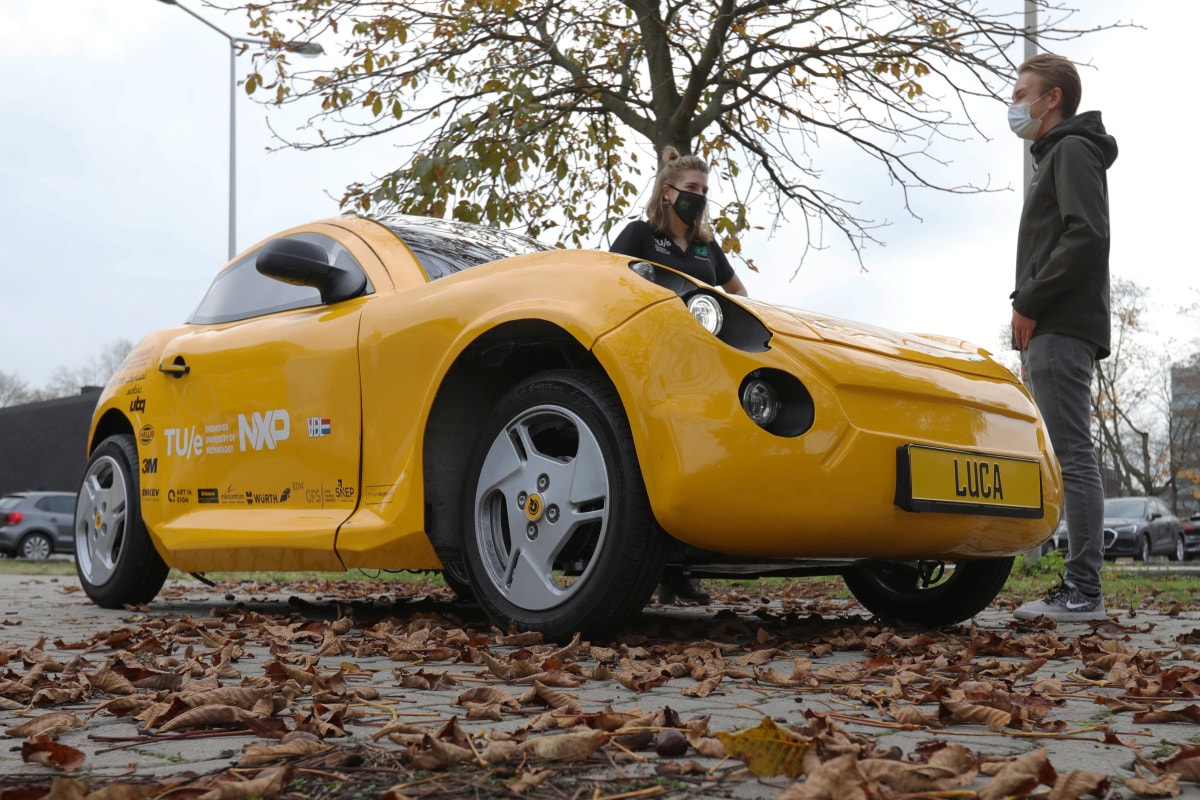 Dutch students have created a fully functioning electric car made entirely out of waste, including plastics fished out of the sea, recycled PET bottles and household garbage.

The bright yellow, sporty two-seater which the students named ‘Luca’, can reach a top speed of 90 kilometres per hour and has a reach of 220 kilometres when fully charged, the Technical University of Eindhoven said.

“This car is really special, because it’s made all out of waste”, project manager Lisa van Etten told Reuters.

“Our chassis is made out of flax and recycled PET bottles. For the interior we also used unsorted household waste.”

Hard plastics normally found in televisions, toys and kitchen appliances were used for the car’s body, while the seat cushions consist of coconut and horse hairs.

View of inside the car made of recycled waste in Eindhoven, Netherlands

The car was designed and built by a group of 22 students in around 18 months, Van Etten said, as an effort to prove the potential of waste.

“It’s possible in many applications. More and more companies use waste or bio-based materials in the interior, we want to show that it’s also possible to build a chassis out of it.”

The first FIR names one Sajad Parvez, apart from unknown Revenue officials and the second is against unknown public...
Read more
Trending

‘All my dates are yours’: Deepika Padukone promises Kartik Aryan on...

Deepika Padukone and Kartik Aaryan are at the top of their game when it comes to Instagram, but they create real magic when we...
Read more
National

Welcome Baby Yoda Into Your Home With The Mandalorian AR Experience

The Mandalorian and Baby Yoda are coming home. Not in the ongoing second season of the Star Wars series, but on your phone. Google...
Read more

Micromax In Note 1 to Go on Sale in India Today

Micromax In Note 1 is set to go on sale in India today. The new Micromax phone that is a part of the company's...
Read more

Micromax In 1B First Impressions

Micromax has made a comeback in the Indian smartphone market with two devices, the In Note 1 and the In 1B. I've already spent some...
Read more

Flipboard for Android now has dark mode. This comes after more than a year of introducing the same feature for iOS users. The dark...
Read more
Bharat News