Chandigarh, December 2: The Central government has stated that no transport allowance will be paid to employees who did not...
Read more 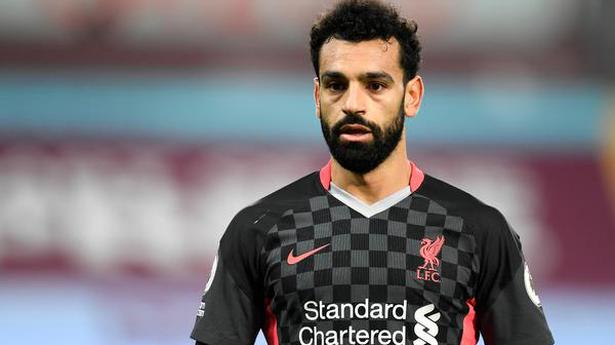 In an interview with The Associated Press, Mohamed Abou Elela said Salah’s attendance at his brother’s wedding might have contributed to him contracting COVID-19 but he cannot be certain.

Liverpool striker Mohamed Salah has mild symptoms after testing positive for the coronavirus and is due to spend at least the next week self-isolating in Egypt, the national team doctor said.

In an interview with The Associated Press, Mohamed Abou Elela said Salah’s attendance at his brother’s wedding might have contributed to him contracting COVID-19 but he cannot be certain.

Salah’s positive tests were returned Friday on the eve of Egypt’s Africa Cup of Nations qualifier against Togo. He’s now set to miss Liverpool’s first game after the international break against Leicester in the Premier League next Sunday.

Abou Elela, who spoke Friday and Saturday with the Liverpool team doctor, said Salah has to isolate for seven days under Egyptian health guidelines.

He’s a mild case — he doesn’t have severe symptoms, Abou Elela told the AP in a video call from Cairo.

He has to self-isolate in Egypt until his test returns negative and then, of course, he can travel back.

Abou Elela did not provide further details of Salah’s condition.

The 28-year-old Salah tested positive after being pictured — sometimes without a face covering — dancing among dozens of people at his brother’s wedding in Cairo earlier this week.

I cannot deny,” Abou Elela responded when asked if Salah could have been infected at the wedding with little social distancing.

No one knows because … unfortunately, we still don’t know everything about the virus. My answer is maybe yes, maybe no.”

But Egypt is not suffering as badly as Britain from the pandemic. While Egypt reported 244 new coronavirus cases and 12 deaths in Friday’s daily update, Britain on Saturday reported another 26,860 cases and 462 COVID-19-related deaths.

As the first Egyptian player to become a Premier League champion, Salah has been catapulted to global stardom and is a figurehead for his homeland beyond the field.

Abou Elela has been contacted by government ministers to check on Salah’s condition.

The concerns (are) from the Egyptian authorities because Mo for Egypt is special,” Abou Elela said.

Everyone here wants to help and … to do whatever the whole country can do.”

Cristiano Ronaldo scored his 750th career goal to help Juventus beat Dynamo Kyiv 3-0 on Wednesday and leave his team with a chance of...
Read more

Cristiano Ronaldo scored his 750th career goal to help Juventus beat Dynamo Kyiv 3-0 on Wednesday and leave his team with a chance of...
Read more

United, PSG and RB Leipzig are all on nine points heading into next week's final round of games Brazilian Neymar scored twice and his compatriot...
Read more

N. Srinath, who was the non-playing captain of the Indian chess team which won the online Olympiad gold in August this year, was relieved...
Read more

Kyiv’s Olympic Stadium was the scene of Zinedine Zidane’s last stand as Real Madrid coach before resigning in stunning fashion in May 2018 and...
Read more
Bharat News