Ahead of crucial meeting with farmers, Union Ministers meet PM 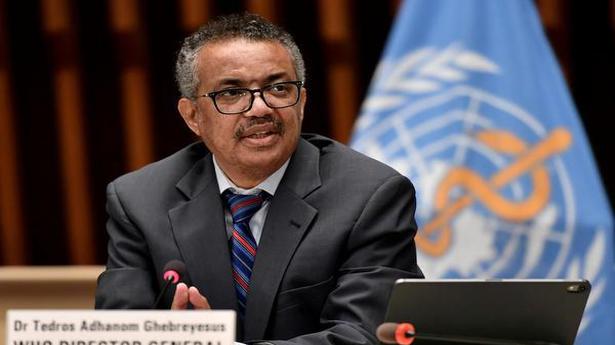 The country’s army chief levelled allegations in front of the press without any evidences to back his claim.

Ethiopia’s government is accusing the head of the World Health Organization, a fellow Ethiopian, of lobbying neighboring countries to come to the aid of the country’s rebellious Tigray regional government with arms and other support.

Ethiopia’s army chief, Gen. Birhanu Jula, asserted to reporters on Wednesday that Tedros Adhanom Ghebreyesus had urged unnamed neighbors to “oppose the war and for (the Tigray People’s Liberation Front) to get arms.”

The army chief did not provide any evidence to support his claims.

The TPLF has been clashing with Ethiopian federal forces for two weeks after the country’s prime minister accused the heavily armed regional government of attacking a military base. Each government regards the other as illegal after a months-long falling-out amid political reforms.

The army chief accused Mr. Tedros, a former Ethiopian foreign minister when the TPLF dominated Ethiopia’s ruling coalition, of being a member of the TPLF and asked, “What do you expect of a person like him?”

There was no immediate response from WHO headquarters.

“What I can say in response is that I know Tedros, I know him as somebody who is passionately promoting global health, promoting the good health of people and promoting peace,” WHO Africa chief Matshidiso Moeti told reporters during a COVID-19 briefing. “I think this is extent of my knowledge of Tedros as a person.” For more, she referred to his office.

Rice and wheat dominate cereal production and it's also known that they are intensely water-consumptive crops. States with critically low groundwater reserves were...
Read more
Trending

Without providing details, the Pentagon on Friday said in a short statement that “a majority” of U.S. troops and assets in Somalia will be...
Read more

The island kingdom of Bahrain said on Friday it has become the second nation in the world to grant an emergency-use authorisation for...
Read more

U.S. urges countries to make law over access to Tibet

Slamming China for its alleged repressive regime in Tibet, a top American diplomat has urged other countries to pass their own versions of...
Read more
Bharat News