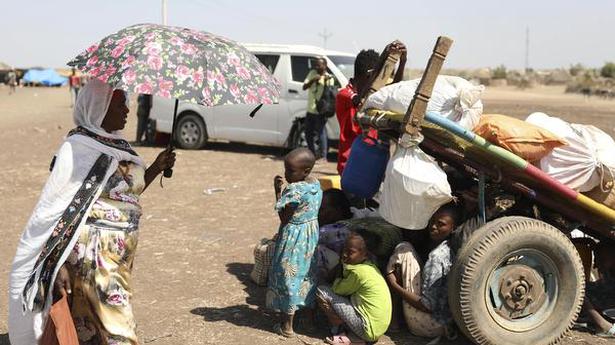 The leader of Ethiopia’s Tigray region has confirmed firing missiles at neighbouring Eritrea’s capital, and he is threatening more, saying that we will take any legitimate military target and we will fire. The confirmation marks a huge escalation as the deadly fighting in Ethiopia’s northern Tigray region now spills across an international border.

Tigray regional President Debretsion Gebremichael, in an interview with The Associated Press, would not say how many missiles were fired at the city of Asmara on Saturday but said it was the only city in Eritrea that was targeted.

It will get one Rajya Sabha seat and contest in the Kanniyakumari Lok Sabha bye-election. The DMK and the Congress...
Read more
Business

Explainer | A look at the TVS Group’s proposed recast...

The restructuring will entail a merger and then demerger of each business into the respective family holding company Story so far: The TVS group has...
Read more
World

A witness told police that the shot was fired after two cars tried to occupy the same lane A shooting on Interstate 85 in...
Read more
National

DMDK scales down its demand to 23 seats

A witness told police that the shot was fired after two cars tried to occupy the same lane A shooting on Interstate 85 in...
Read more

Passed by 50 votes to 49 in a party line vote, the sweeping legislation now heads back to the Democratic-majority House of Representatives The U.S....
Read more

Min Aung Hlaing | The man behind the coup

When Min Aung Hlaing became Myanmar’s military chief in 2011, the country was transitioning into quasi democracy. The military had introduced a new Constitution...
Read more

Alternative for Germany | The party can’t go on

For the first time in its post-Nazi history, a political party in Germany is officially under surveillance. Germany’s Federal Office for the Protection of...
Read more
Bharat News