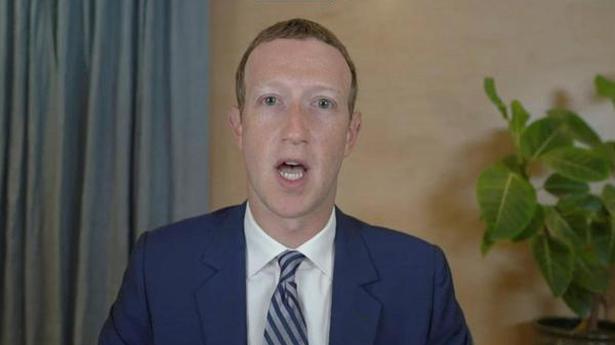 Facebook CEO Mark Zuckerberg has become the first head of a US tech giant who has acknowledged Democrat Joe Biden as the next president of the country, a media report has said.

Mr. Zuckerberg told his employees that the outcome of the November 3 election is now clear and Mr. Biden was to take over as the new president of the country, Buzzfeed, which obtained an audio of the meeting, reported on Thursday.

“I believe the outcome of the election is now clear and Joe Biden is going to be our next president,” Mr. Zuckerberg was quoted as saying in the report on Thursday.

The US media has projected Mr. Biden, a Democrat, as the winner of the 2020 presidential election.

However, incumbent President Trump, a Republican, is yet to concede defeat, vowing to mount legal fights in several key battleground states.

“It’s important that people have confidence that the election was fundamentally fair, and that goes for the tens of millions of people that voted for Trump,” Mr. Zuckerberg told his employees when asked during the all-hands call how he planned to work with the new administration.

“Part of what we’re seeing out here are people who are calling for recounts and legal challenges, which, in a lot of cases, is their right and something you see in a lot of elections,” he said.

He said the call for recounting can be unhelpful.

“But I think it’s also quite unhelpful that people out there are raising expectations that there is going to be a different outcome than from what was projected,” the Facebook founder said.

During the call, Mr. Zuckerberg called out Mr. Trump for sharing election disinformation.

“I think it, of course, is a challenge when the president of the US is sharing some of these things directly,” he said.

“No one will have their account suspended or deleted on February 8. We’re also going to do a lot more to clear up the...
Read more

At least one peacekeeper was killed and another two were injured in two successive attacks by armed rebels near the town of Grimari...
Read more

The U.S. Department of the Treasury has imposed sanctions on Cuba’s Interior Ministry and its leader, accusing them of serious human rights violations.The...
Read more

“You have my word: We will manage the hell out of this operation,” Mr. Biden said Getting 100 million shots into Americans’ arms in...
Read more
Bharat News