Fact-check: No, Arya Samaj temple in Kashmir not burnt down, reports of arson fake 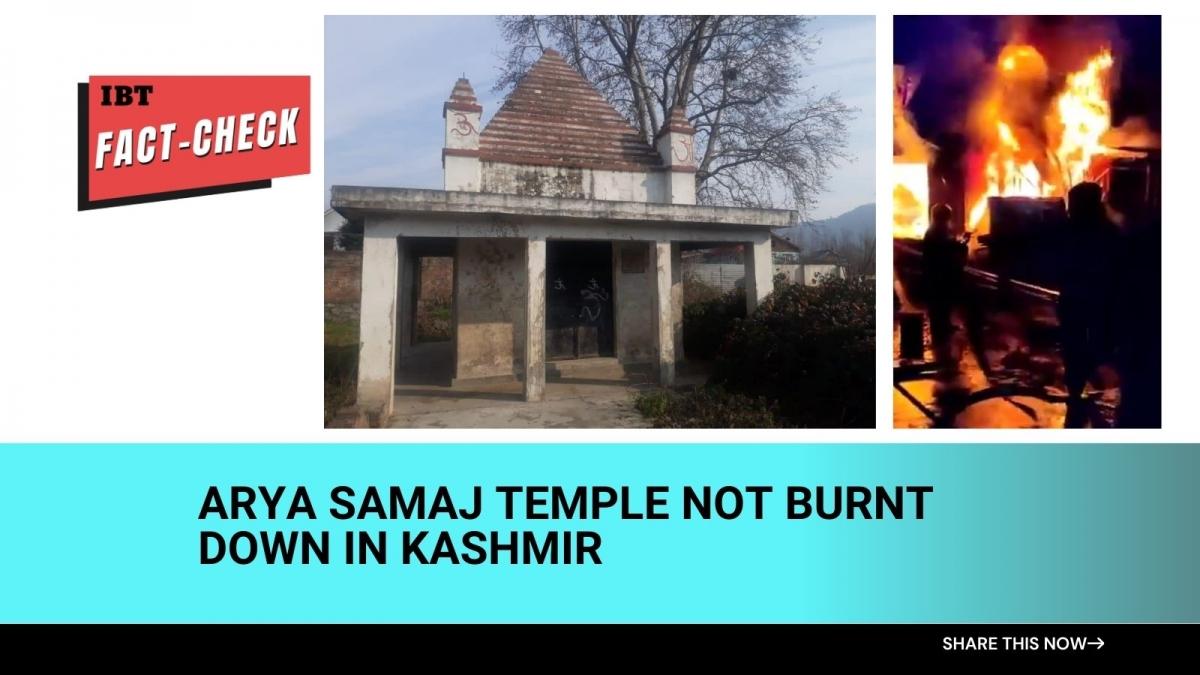 In what is seen as an attempt to disrupt religious harmony, fake reports are being circulated about Arya Samaj temple in Motiyar Rainawari, Srinagar being burnt to the ground. Srinagar Police has taken cognizance of the viral social media post, claiming it was an act of arson. Several tweets in the matter can be found being shared extensively on the social media platform, causing tension between different religious groups.

Twitter abuzz with posts about the Arya Samaj temple in Motiyar Rainawari being “burnt down to ashes.” Using this alleged incident as cover, the posts ignite enmity between religious groups in already-tense region of Kashmir. In one tweet, the user also shared some photos of a structure on fire, claiming it to be the Arya Samaj Hindu temple.

“A long Hindu temple in Rainawari, Kashmir, burnt to ashes today. As if we hadn’t lost all the ancient temples in 1990 genocide, one more temple, one more identity of Hindus in Kashmir is gone today,” one user wrote, false spreading the alleged arson of the Hindu temple in the valley.

Another provocative post said: “Araya Samaj temple in Motiyar Rainawari burnt today. One of the oldest Arya Samaj Hindu Temples. This is what @standwkashmir stands for in Kashmir. This is how Hindus are being persecuted by radical Islamists in my homeland in Kashmir.” The post had images of the alleged incident.

IBTimes reviewed the posts spreading messages about Arya Samaj temple being burnt down. Taking cognizance of the matter, Srinagar Police has issued a clarification in the matter to debunk the claims.

“This is to reiterate that the fire incident at Motiyar Rainawari – occurring on the intervening night of 12 & 13 December – took place some 200 meters away from the Shri Vaital Bhairav temple. Tweets suggesting otherwise are inexcusable. Here’s the latest photo of the temple,” Srinagar district administration tweeted in clarification along with the current photo of the temple, which shows it is standing undamaged.

Srinagar Police has warned the actions of spreading such rumours attracts offences under sections 153, 153-A, 295-A, 298 and 505 of IPC. Taking cognizance of same case, an FIR No. 61/2020 is registered at Rainawari police station and investigation is underway.


Fact-check: No, Arya Samaj temple in Kashmir not burnt down, reports of arson fake