Fact-check: No, Kejriwal has not alleged BJP-AIMIM secret deal in Bihar

Over Rs 650 crore discrepancies found after raids on Pannu, Kashyap and others, claims IT Dept 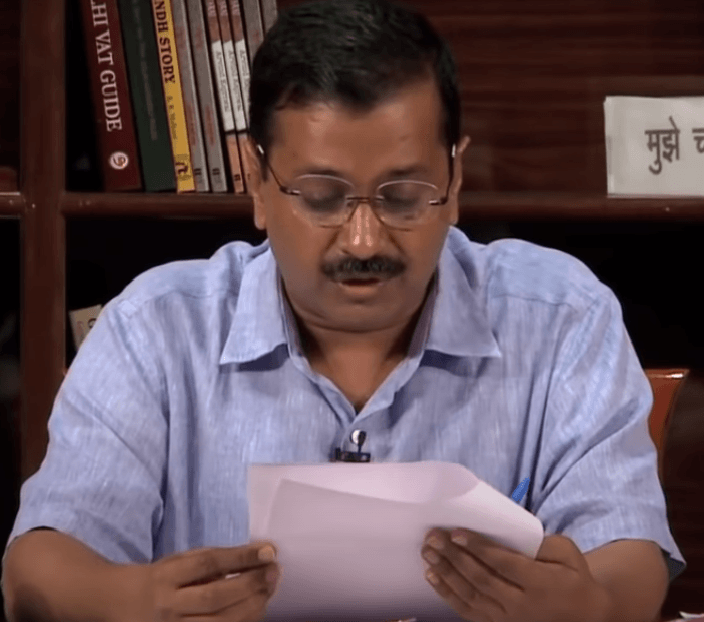 A video of Delhi Chief Minister Arvind Kejriwal is being shared across multiple social media platforms with the claim that the Aam Aadmi Party (AAP) chief has alleged that the Bharatiya Janata Party (BJP) and the All India Majlis-e-Ittehad-ul-Muslimeen (AIMIM) had struck a ‘secret deal’ for the Bihar Assembly Election 2020.

In the recently concluded Bihar polls, the BJP-Janata Dal (United) or JD(U) alliance secured victory over the Mahagathbandhan, while the AIMIM bagged five seats for the first time.

In the 1 minute and 39 seconds long clip, Kejriwal can be seen reading out a letter written to him by former BJP MLA Yatin Oza. The letter alleges that a secret meeting was held between BJP President Amit Shah and AIMIM MLA Akbaruddin Owaisi, brother of AIMIM chief Asaduddin Owaisi, ahead of the polling in Bihar.

“At 3 am on 15th night, there was a secret meeting between Shah and Owais. Oza ji says he was present in the said meeting. A detailed discussion took place and it was agreed that Owaisi shall field candidates from Bihar, particularly in the Muslim belt that was to go to polls on November 5. It was also decided that Owaisi will vomit poisonous communal speech, the script of which shall be written by Shah,” the Delhi CM is heard saying in the video.

The clip has been shared by a number of Facebook and Twitter with captions such as “Amit Shah and Akbar Owaisi planned for Bihar election at the former’s residence in Gujarat” and “Shocking revelation by Kejriwal: Shah and Owaisi had a secret deal before Bihar polls to divide votes”.

On conducting a reverse image search after taking a screengrab from the viral clip, International Business Times, India, came across the full version of the video uploaded by the Delhi government’s YouTube channel back in July 2016.

The allegation of a ‘secret deal’ between Shah and Owaisi was actually leveled in context with the 2015 Assembly Election in Bihar. Oza had written a letter in similar regard to Kejriwal after joining the AAP in 2016.

We also dug out a four-year-old Facebook post by the AAP, which talks about Oza exposing Shah and Owaisi’s strategy.

It is clear that the clip in question has been cut from the longer original video. Also, the mention of the year “2015” has been omitted deliberately in order to mislead the general public.

Thus, we hereby conclude that the old video of Kejriwal alleging a secret deal between Shah and Owaisi ahead of the 2015 Bihar polls is being falsely linked to the recent elections in the state.

His fellow activist and co-accused in the three cases, Nodeep Kaur, was granted bail this past week and released...
Read more
Trending

How brands will target ads to you after the death of...

Here is why Google is making the move, the backlash it has generated and how advertisers plan to personalise ads even after the company...
Read more
National

A team of officers of the Health and Family Welfare Department, on Thursday, visited the Shettihalli Church premises where a Malayalam movie production team...
Read more
National

First dose coverage yet to be completed

Even as Mysuru stands second in the State in terms of vaccination coverage among senior citizens after Bengaluru, the first dose of vaccination for...
Read more

An unidentified person called Uttar Pradesh Police and said that some explosive device has been planted inside Taj Mahal's premises which would blow up...
Read more
Bharat News