Fact-check: No, train services won’t be suspended after December 1 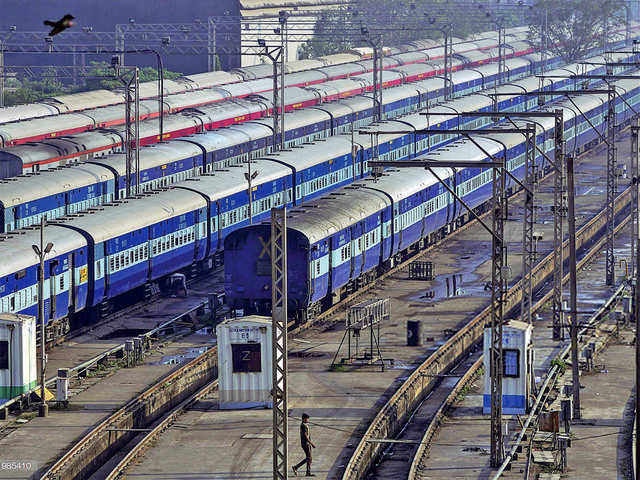 With multiple states witnessing a worrying surge in COVID-19 cases over the past few weeks, speculations regarding enforcement of various safety measures have begun. Amidst all the guesswork, a WhatsApp forward has created a lot of confusion among the general public.

The viral WhatsApp message cites that the Indian Railways has decided to suspend train services in the wake of rising novel coronavirus cases and casualties.

Much to the dismay of regular train passengers, the widely circulated message claims that all the trains will be stopped starting December 1. It also mentions that even the special trains run by the Ministry of Railways will get suspended for the time being.

“All trains including the Covid special ones are going to stop operating after December 1,” reads the WhatsApp forward which is now doing the rounds on several social media platforms.

The Centre has categorically denied the claims made by the dubious message as it stated that the Ministry of Railways has not decided to halt train services.

Issuing a statement in similar regard, Prasar Bharti News Service clarified that neither the normal trains nor the COVID special trains will be discontinued from December 1.

“Government has refuted a claim being circulated through messages & social media posts that all trains including COVID-19 special trains will stop operating after 1st December this year. The Railway Ministry has clarified that it has not taken any such decision,” the government-owned public broadcaster said on Twitter.

Additionally, the fact-checking arm of the Press Information Bureau (PIB) has also debunked the claims made by the viral WhatsApp forward.

“It is claimed in a #WhatsApp forward that all trains including the #COVID19 special trains will stop operating after 1st December. PIBFactCheck: This claim is Fake. The Rail Ministry of India has taken no such decision on halting of train services after 1st December,” PIB Fact Check said in a tweet.


Trains to stop operating after December 1