FC Kohli set India on a path that brought it glory 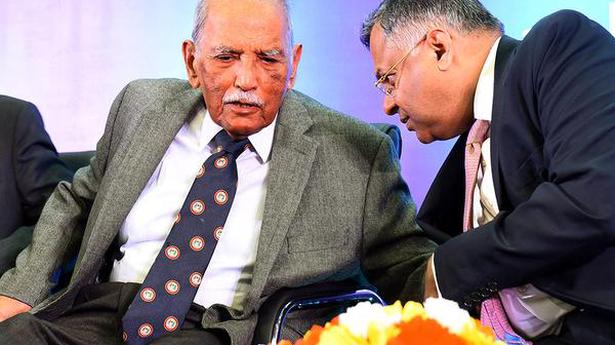 It is debatable if India could become a force in the Information Technology (IT) industry if Faqir Chand Kohli had not assumed leadership of a tiny division of Tata Sons called Tata Consultancy Services (TCS) in 1969.

He was, at first, reluctant to assume the position of General Manager in TCS when he thought he was destined for much greater things in Tata Power, an organization he had joined in the early 1950s after graduating from MIT in the US

An engineer first, he soon became fascinated with computing technology, which was reshaping the world. He felt that India had the capability to participate in the IT industry on equal terms along with the giants in the western world. He went about preparing TCS to pioneer the Indian IT revolution.

Mr. Kohli set TCS on a totally different orbit. India was not the only market TCS would serve. Right from the early 1970s, he wanted an international presence for TCS, initially through alliances and thereafter directly. He worked with Indian universities to create computer science departments in those early days. He convinced the Government to let TCS import the latest generation of computers, with the promise that TCS would get substantially more in foreign exchange through its exports. Mr. Kohli did all this in the 1970s and created the ecosystem which would serve India well during the following decades. He was truly a pioneer.

Having worked with Mr. Kohli from 1970, I was involved closely in all his major initiatives. When I look back, the 1980s were even more transformative for TCS. He started a world class R&D center in Pune to work on many areas in software technologies.

He created a Software Products division in TCS, to market software products in India and overseas. While TCS may not have succeeded in bringing about major software products, these initiatives enhanced the technology competence of TCS as it went about providing services to demanding clients worldwide.

The foundation that he laid in the two decades propelled TCS to take large projects. Technology solutions that helped TCS to solve the Y2K problem for large global clients in the late 1990s were built on the company’s R&D foundations.

The ecosystem that he helped set up and its track record of successful projects paved the way for many other talented entrepreneurs to get into this industry and make India a global force in IT. If anyone deserved the title “Father of Indian IT industry”, it was Mr. Kohli.

He could see the future and his intuitive capability in forecasting technology trends was truly impressive. It is amazing that India’s software capabilities have kept pace in this rapidly changing technology area and credit should go to these pioneers who shaped the industry from its early days.

Mr. Kohli developed people. He was a demanding boss, but never unreasonable in his demands. I benefited from his grooming. He developed stalwarts like Mr. S. Ramadorai and Mr. N, Chandrasekaran. He created a succession pipeline, which is the envy of any organization.

Mr. Kohli did not rest on his laurels even after he retired in the year 2000. He focussed on using information technology capabilities to help solve large national problems, like illiteracy.

As in TCS, he wanted India to use this technology to leapfrog. I have been associated with him for 50 years and have always been amazed at his sharp intellect, humanity, his impatience and above all, the large canvas on which he operated.

He set India on a path which has brought glory to it. A national icon has gone.

The RoDTEP scheme came into effect on Jan. 1 but lack of clarity is hampering sector's ability to price Even as exporters fret over...
Read more
Bharat News