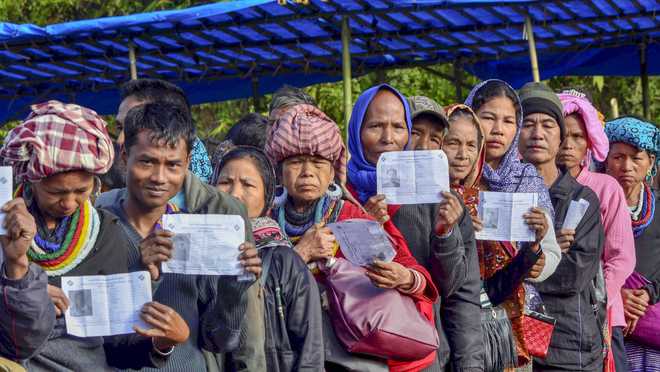 There are more female voters than male voters in Mizoram where the names of around 7.97 lakh people appeared in the draft electoral rolls published on Monday.

Besides, there are 4,829 service voters, including 63 females.

The draft electoral rolls were prepared for special summary revision of the voters’ list to include names of people attaining 18 years of age on January 1, 2021.

Hnahthial district, which was created in 2019, has the lowest number of voters at 15,119. There is only one assembly constituency in the district.

The last date for filing claim and objection to the list is December 15.

According to election officials, the final voters’ list of special summary revision will be published on January 20.

There are 40 assembly constituencies in Mizoram. PTI

In some districts, supporters of the candidates also assembled near the centres in large numbers despite warnings by the...
Read more
World

It would be the first U.S. splashdown in darkness since Apollo 8′s crew returned from the moon in 1968 SpaceX safely returned four astronauts from...
Read more
Entertainment

Hindi cinema legend Dilip Kumar has been discharged from the hospital after two days of hospitalisation. The 98 year old actor was admitted to...
Read more
Trending