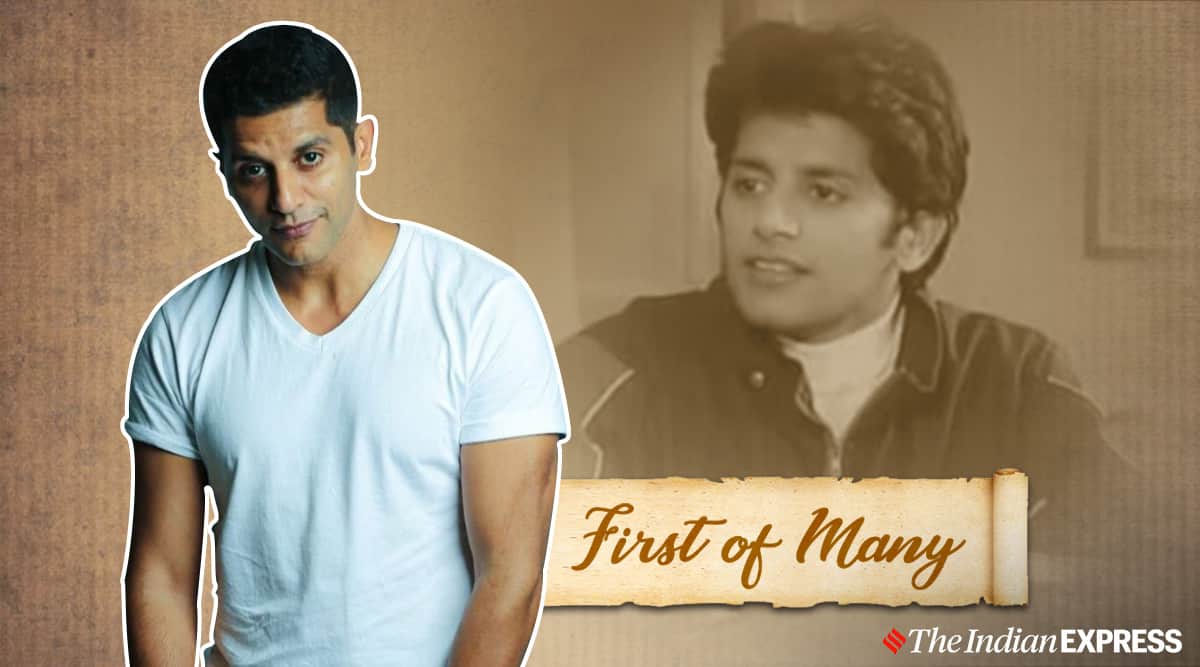 Karanvir Bohra is currently one of the most popular faces on television. The actor, who has been part of the industry for over two decades, has fan favourite TV shows like Shararat, Kasautii Zindagii Kay and Kyunki Saas Bhi Kabhi Bahu Thi to his credit.

But how did it all begin for Karanvir Bohra? Here’s what the actor shared.

1. What was your first project? How did it come to you?

I was an assistant director for almost a year to BP Singh, who made Aahat and CID. From there I got a chance to assist Vidhu Vinod Chopra on Mission Kashmir. I was really excited about that. Simultaneously, I was also doing theatre with Satyadev Dubey. This was early 2000s when these coordinators used to send us for auditions. Mona Irani, who was one of the prominent coordinators, sent me to Deeya and Tony Singh for an audition. I didn’t even know about the show. A night before I am supposed to start shooting for Mission Kashmir, I get a call from the production house that I am selected to play one of the leads, Kabir, in Just Mohabbat. This was after the show took a year’s leap. I didn’t know which option to choose. My dad told me that a chance to direct could come again, but acting doesn’t come easily. My sister said Vidhu Vinod Chopra is a big name and here was my chance to work with him. It was a very difficult decision.

I discussed the situation with the guy who got me the assistant director job with VVC. He advised that I should take up acting for now and he’ll call me again for any other VVC film. Since the acting part was for six months, I thought I’ll join him soon. But Just Mohabbat became a huge success. Soon Shararat and Kasautii Zindagii Kay happened, things just kept going on, and my dream of being a director remained a dream (laughs).

2. What do you remember of your first day on set?

On the first day, I was supposed to shoot my hero entry scene. I was on a bike and had to take off my helmet. There were no dialogues. I only had to look good, so there wasn’t any issue. I said I can do it easily.

When it was going to be aired, I called all my school and college friends home. We had bought a new TV. We watched the first episode together, which turned out to be a big bummer because the entire thing got over and it showed “coming tomorrow.” In that teaser, they showed a guy sitting on a bike with a helmet. Everyone was so disappointed.

3. Were you nervous? How many retakes did you take?

I was a lot into theatre, so I was never nervous while acting. Ravi Baswani ji used to give us a lot of tips on how theatre acting was different than film/TV acting. I’ve learned so much from him. I feared giving retakes. I wanted to look like a professional actor. What I thought then and what I think now is so different because my guru Satyadev Dubey ji taught us that every actor first needs to learn acting, and then unlearn acting.

4. How was the rapport with your co-stars when you got to meet or work with them again later?

We haven’t got to work again, but we are still in touch – Vatsal Seth, Chandana Sharma, Kunal Roy Kapur, Avantika Malik, Tony and Diya Singh. We try and meet every 2-3 months. We text each other. We bump into each other quite often, and it’s fun.

5. If given a chance to go back to your debut role, what would you like to change or do better?

It’ll be completely different from what I played earlier. Now I have learned so much about acting and engaging with the audience.

6. One film or role that inspired you to become an actor?

Anurag Kashyap’s Paanch really grabbed my attention. The narrative, lighting and camera work of Paanch was something like a Hollywood film. When Ram Gopal Varma and Anurag Kashyap came in, I thought this is the kind of cinema I want to be a part of.

Mamata Banerjee was being hailed as ‘Aparajito’ (The Unvanquished) who had no ‘Pratidwandi’ (Rival) — both titles of Ray...
Read more
Trending

Government to set up temporary hospitals with 10,000 oxygenated beds near...

A statement said the government HAS also explored the feasibility of conversion of existing nitrogen plants to produce oxygen. The government expects to make 10,000...
Read more
National

Tikait and some other BKU leaders addressed the 'kisan mazdoor maha panchayat' in Dhurali village near Ambala Cantt on Saturday. The Haryana Police has...
Read more
Entertainment

Pooja Bhatt remembered actor Bikramjeet Kanwarpal after the actor passed away due to the coronavirus. On Sunday, Pooja Bhatt took to Instagram and recalled...
Read more

Mamata Banerjee was being hailed as ‘Aparajito’ (The Unvanquished) who had no ‘Pratidwandi’ (Rival) — both titles of Ray movies. People in Kolkata were on...
Read more

Government to set up temporary hospitals with 10,000 oxygenated beds near industrial units

A statement said the government HAS also explored the feasibility of conversion of existing nitrogen plants to produce oxygen. The government expects to make 10,000...
Read more

Tikait and some other BKU leaders addressed the 'kisan mazdoor maha panchayat' in Dhurali village near Ambala Cantt on Saturday. The Haryana Police has...
Read more

The government had previously imposed weekend lockdown in nine districts from April 30 to May 3. The Haryana government on Sunday announced a lockdown in...
Read more
Bharat News